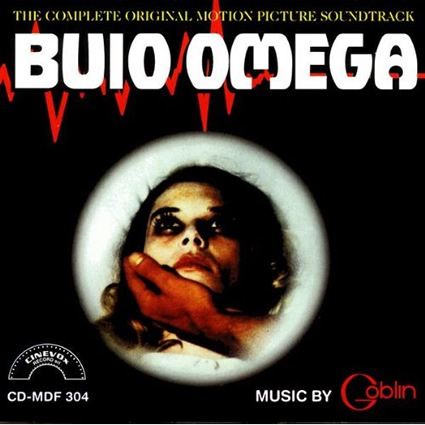 The 13 Most Terrifying Horror Soundtracks / Scores

The 13 Most Terrifying Horror Soundtracks

No other film genre is more conducive to the power of the soundtrack than horror. Suspense, anxiety, and dread are all intensified by music and sound amplified to dizzying highs and whispered lows. The catharsis of music perfectly accentuates the expression of repressed fears and hidden desires that are found in every horror film. Here are the most terrifying horror soundtracks ever. And when we say soundtrack, we mean an actual movie score, not some hodge-podge compilation of disparate tracks. We mean a sinisterly holistic experience of unsettling compositions. Listen if you dare..

Dan Jones’s score for E. Elias Merhige’s fictionalized account of the making of Murnau’s Nosferatu sounds like Adolf Wolfli conducting a Wagner score. Utilizing Jones’s electro-acoustic background, the soundtrack mixes delicate Weimar whimsy with catastrophic surges of orchestral clamor. Never has the hurdy-gurdy sounded so ominous. If you ever wondered what a Kurt Weil-Krzysztof Penderecki collaboration would be like, here is the next best thing.

On holiday from drumming for Redd Kross and being the Coppolas’ personal composer, Reitzell’s score for the adaptation of Steve Niles’s groundbreaking comic series is a dark ambient masterpiece. Using silence, guttural moans, screams, deep rumblings, howls, visceral beats, and icy soundscapes, the listener not only hears, but feels the nihilistic attacks on the citizens of Barrow, Alaska. Coming off like an evil Brian Eno, Reitzell’s score sounds like the end of the world or the beginning of a more savage one.

Goblin have produced some of the most mind melting movie music ever (Suspiria, Deep Red, the Italian cuts of Dawn of the Dead and Martin), but this, their soundtrack to Joe D'Amato’s ode to cannibalism and necrophilia, is just too much. Imagine a Gothic Giorgio Moroder pumping out pulsating disco beats, menacing synthesizer washes, and funky rock like some insane suicidal DJ. Come to think of it, Buio Omega is kind of like Midnight Express if the main character was smuggling bodies and body parts rather than drugs.

Werner Herzog’s remake of the Murnau classic showcases the magic of Florian Fricke’s Popol Vuh, one of the most evocative and spiritual Krautrock bands ever. Herzog used Popol Vuh’s enchantment on many of his films but Nosferatu is the epitome of their collaborations. Piano, sitar, and folk instruments showcase how out of darkness comes light, as the shifting moods go from despair to glory. The opening track “Bruder des Schatten-Sohne des Licts” is an ominous yet meditative hymn, almost like a monastic plague threnody. The soundtrack was split between two albums, but the 2004 reissue collects the entire soundtrack on one cd.

Bixio, Frizzi, and Tempera’s score is much different than the usual giallo soundtrack. Rather than attack the viewer with the requisite stabbing strings, the music for this Lucio Fulci thriller is playfully titillating, a loungey/exotica sound with dark unsettling undertones. OK, maybe it doesn’t radically reinvent giallo music, but the distinctive use of the carillion (a keyboard that rings notes out of 23 bronze bells) adds a peculiar rococo motif that, when mixed with synthesizers, piano, and female vocals creates a very unique, decadent atmosphere. Quentin Tarantino appropriated the theme song for Kill Bill Vol. 1.

Dan Curtis’s criminally underrated extension of the Dark Shadows mythos is given a tragically eerie score by series composer Robert Colbert (who also scored House of Dark Shadows). Colbert’s music is elegant, gentle, and stark, using minimal piano, strings, and percussion enhanced by subtle electronic effects. The music sort of appears out of nowhere, hovers, terrifies, and dissipates like the ghostly Angelique. Truly autumnal chamber music for a Collinwood séance.

This tale of predatory women in 14th century Japan uses anachronistic mash ups to express the demons of the mind. Ritualistic Taiko drumming is crossed with frenetic free jazz creating a dramatic tension between the pounding, unrelenting percussion and the hysterical wailing of feverish flutes and horns. Although the film feels like a noh play, the soundtrack comes on like Grand Guignol.

Ah, the greatness that is Lalo Schifrin. The fifth jewel in the crown that represents the majesty of film composing (joining Morricone, Herrmann, Goldsmith, and Ifukube). Supposedly incorporating elements of his rejected Exorcist score, Schifrin manipulates the loud/soft dynamic like the master he is. Swarms of orchestral noise and piercing distorted notes punctuate the innocent choir voices and elegiac piano that float through the film. Thank Satan that this score is so scary, because the film certainly isn’t. Friedkin’s loss was our gain.

Carpenter’s influence on horror soundtracks might be even bigger than his influence on horror directing. His epochal Halloween score, the gritty-funky Escape from New York, and the brooding Prince of Darkness (many in collaboration with Alan Howarth) are almost haiku-like in their raw simplicity and minimalist glory. For The Fog, Carpenter invokes a dream within a dream using prolonged tones, sinister Satie-like piano, incessant rattling percussion, and disquieting waves of synthesizer replicating the creeping miasma. Carpenter’s unsophisticated style of scoring has stood the test of time and still reveals hidden treasures with repeated listening.

The man who brought stately grandeur to the iconic Hammer Studios brand unleashed his most bombastic yet romantic score for the first outing of Christopher Lee as Dracula. Embodying the ferocity and the majesty of its title character, Bernard’s soundtrack uses the repeated orchestral theme of sounding out “Dra-cu-laaa” to invoke the Count’s vampiric presence, a constant reminder of the threat that menaces all the characters in the film. Bernard’s music is just as important as the genre-changing performances of Christopher Lee and Peter Cushing.

The film that launched a 1,000 thrillers has a score that influenced a 1,000 thriller soundtracks. Herrmann’s tense, agitated, shocking music is an all-out assault on the mind and body. Using harsh screeching strings to a devastating effect, the notes viscously stab the audience’s ears penetrating into the brain. The recurring driving momentum of the score achieves a subtle psychological effect keeping the audience in a constant state of paranoia. Herrmann was influenced by bird calls, which fits perfectly with the bird symbolism in the film. Originally, Hitchcock didn’t want any music during the famed shower murder scene but was persuaded by Herrmann to let him score it. It is of some consolation that even the great Hitchcock could be wrong.

Polish jazz musician Krzysztof Komeda wrote the scores for four of his friend Roman Polanski’s films. Two of those scores represent the finest film music to ever grace a horror film. (The other two ain’t bad either). Komeda’s soundtrack to The Fearless Vampire Killers is a swirling, ominous tempest of voices, folk music, and orchestral frenzy. Haunting wordless vocals (no doubt influenced by Morricone’s use of Alessandro Alessandroni and Edda Dell'Orso ) drift in and out of the score like the snow that falls on Sharon Tate as she is attacked in the bath. Some of the tracks can only be described as scary jazz, like if Miles Davis and Gil Evans had made an album called Sketches of Transylvania. Other tracks sound like what The Free Design would have recorded had they been a coven rather than a sunshine pop group. Speaking of covens, Komeda’s score for Rosemary’s Baby is just as fine if not finer. Coming across like bachelor pad music for a Satanist, Komeda’s soundtrack is a nightmare of disorienting sounds, blaring horns, sluggish piano, and bleary strings. The main title theme is an absolute masterpiece: the infamous lullaby to the baby Anti-Christ. The single refrain of “La-La-La-La” (sung by Rosemary herself, Mia Farrow) never sounded so creepy and hopeless.