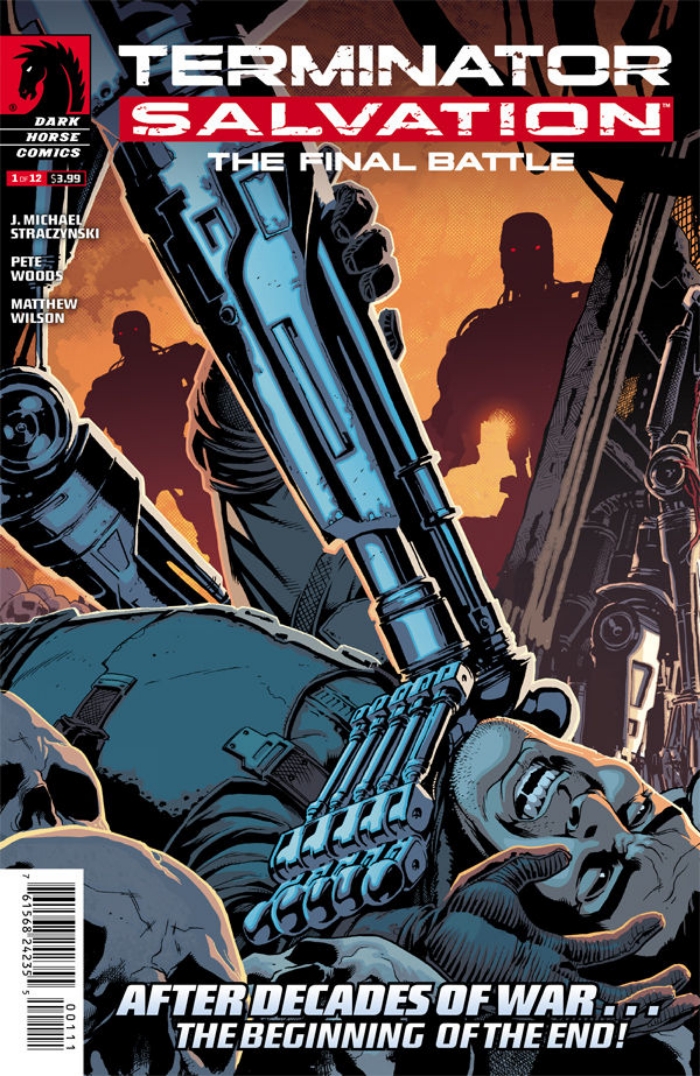 Dark Horse Comics has provided us a preview of the new Terminator Salvation: The Final Battle comic.

A-listers J. Michael Straczynski and Pete Woods unite for the biggest Terminator story ever! Hopping between the future and the past, this sweeping, twelve-issue epic counts down the end of the Machine War—but not the one fans expect! Everything’s at stake, and the fates of Skynet and John Connor will be told!