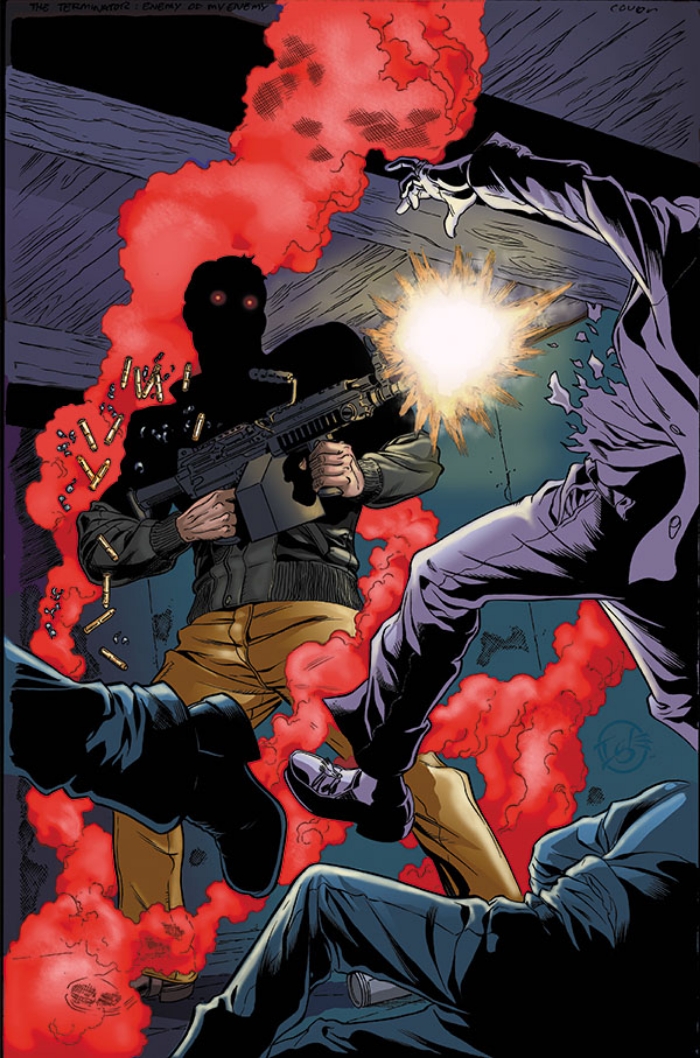 Terminator: Enemy Of My Enemy in February

In 1984, a cyborg assassin known as the Terminator came back in time from 2029 with one mission: kill Sarah Connor. If it wasn’t for a human resistance fighter from the future named Kyle Reese, he would have succeeded. But in a new comic miniseries just announced at New York Comic-Con, the Terminator is returning to the 1980s – and humanity doesn’t have Kyle Reese, or any back-up, to stop him.

Written by Dan Jolley and art by Jamal Igle.