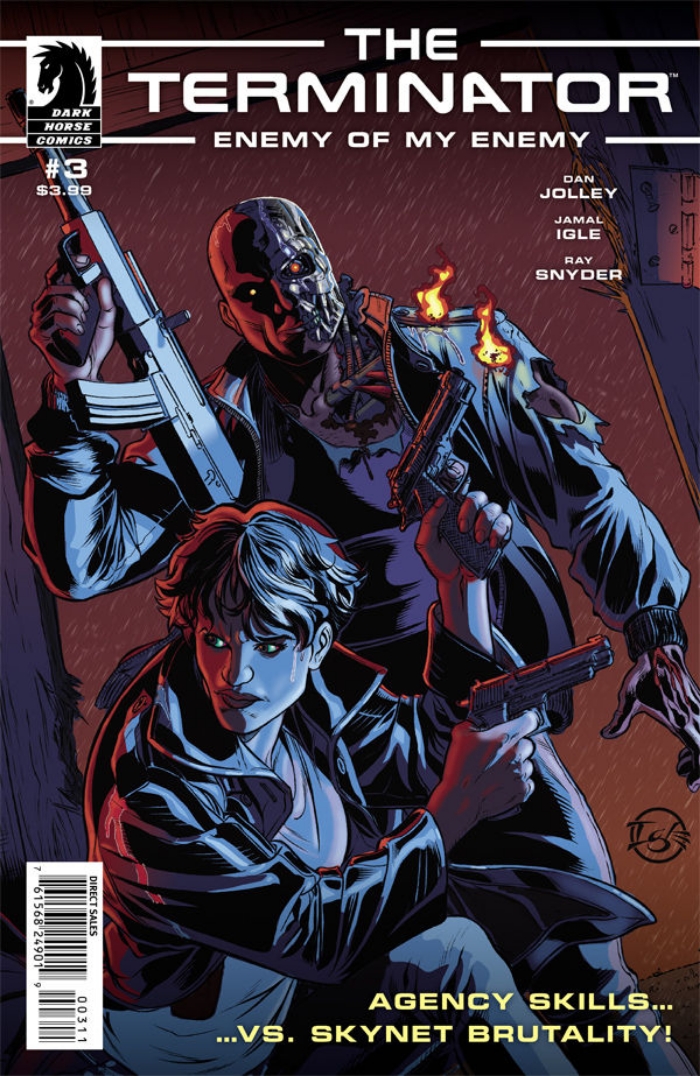 Terminator: Enemy of My Enemy #3 preview

Dark Horse Comics has provided us a preview of the new Terminator: Enemy of My Enemy comic.

With her mission to kidnap biotechnician Elise Fong compromised by the appearance of a massive, seemingly invulnerable killer, ex-CIA operative Farrow Greene calls on all her training for an epic, one-woman war against the stranger! Meanwhile, an army of mercenaries will stop at nothing to capture the Terminator technology!