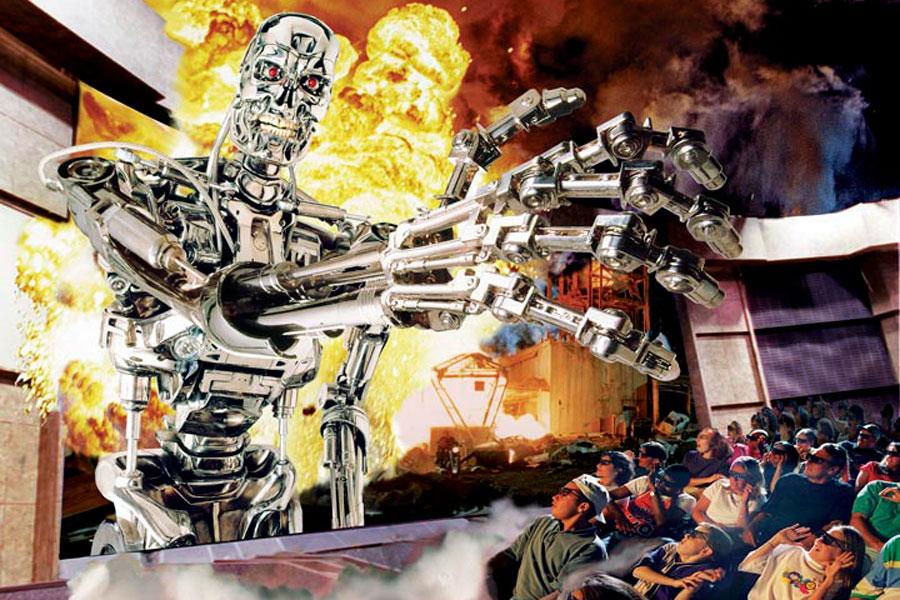 If you are planning on attending Halloween Horror Nights at Universal Orlando this October, you may also want to stop by and “pay your last respects” to Terminator 2 3D: Battle Across Time as the ride will be closed for good on October 8th.

The attraction opened in 1996 and is the second oldest attraction in the park (beaten only by the ET Adventure).  According to the Orlando Informer, the ride captured the public’s interest from the very start and “…it instantly became one of Universal’s biggest hits, reaching a popularity that would help see it get exported to both Universal Studios Hollywood and Universal Studios Japan in the years that followed (in 1999 and 2001, respectively). It’s easy to see why: its rather ambitious premise had it combine live actors, audio-animatronics, 3D film footage, and practical effects – including the infamous seat drop at the film’s climax – to create an all-encompassing experience. Even better, the attraction sought to (ostensibly) extend the mythology of its source material instead of just rehashing it (a tack that the company would repeat with Shrek 4D seven years later), even going so far as to recruit the creator, writer, and director of the film franchise, James Cameron, to co-write and direct this new theme-park outing.”

Along with Cameron, Arnold Schwarzenegger, Linda Hamilton, Eddie Furlong, Jason Patrick, and Michael Biehn all reprised their roles from Terminator 2 in the ride experience, which served as an unofficial sequel to the film long before Terminator 3 was released in 2003 (and many would argue that the ride was also a better sequel as well).

According to Universal Studios Orlando’s official press release, the ride will be replaced with an “…all-new live-action experience based on a high-energy Universal franchise.”