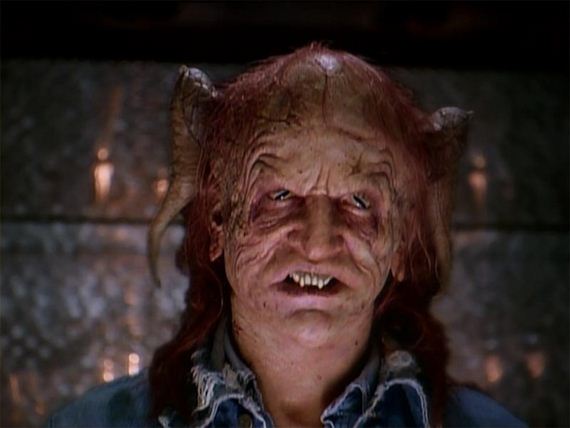 Ten Things You Might Not Know About … The Stand!

10.  For the crucifixion scene in Las Vegas production designer Nelson Coates was asked to tone down the Christian imagery by ABC (specifically, they had to “crucify” the victims on horseshoes instead of crosses)

9.  Cameos in the film: Stephen King as Teddy Weizak, a Free Zone sentry; Sam Raimi as Bobby Terry (the guy who kills Judge Farris); John Landis as Russ Dorr (the guy with the beard out in the desert).
8.  The ABC network originally wanted Rob Lowe to play Larry Underwood
7.  The poem referenced by General Stuckey that includes the lines “And what rough beast, its hour come round at last, Slouches towards Bethlehem to be born?” are from the poem “The Second Coming” by William Butler Yeats.
6.  The Texas State Patrolman named Joe Bob is played by John Bloom, who originated the character of Joe Bob Briggs on television.
5.  Actors initially considered for the part of Randall Flagg: Christopher Walken, Willem Dafoe, Jeff Goldblum and James Woods. Ultimately, it was decided to give the role to a lesser known face.
4.  Mike Lookinland, the man who sentries along with Stephen King near the end, is addressed by Stu as Bobby. Mike played Bobby Brady on the ‘The Brady Bunch’
3.  Randall Flagg first appeared in the novel The Stand, and went on to appear in several other Stephen King books, most notably The Eyes of the Dragon and The Dark Tower. He goes by several aliases, often identified by the initials R.F.
2.  The “Boulder Free Zone” was originally to be filmed in Boulder, Colorado. However, soon before production was to begin, Colorado passed Amendment 2, an amendment to their state Constitution which nullified any existing laws protecting the rights of homosexuals. In protest, the production moved to Utah.  Stephen King’s daughter Naomi is a lesbian.
1.  For years it was planned to make this story into a theatrical film, directed by George A. Romero. Stephen King did many drafts to make it of a suitable length for a feature film, and when he couldn’t get it short enough they considered breaking it into two separate films