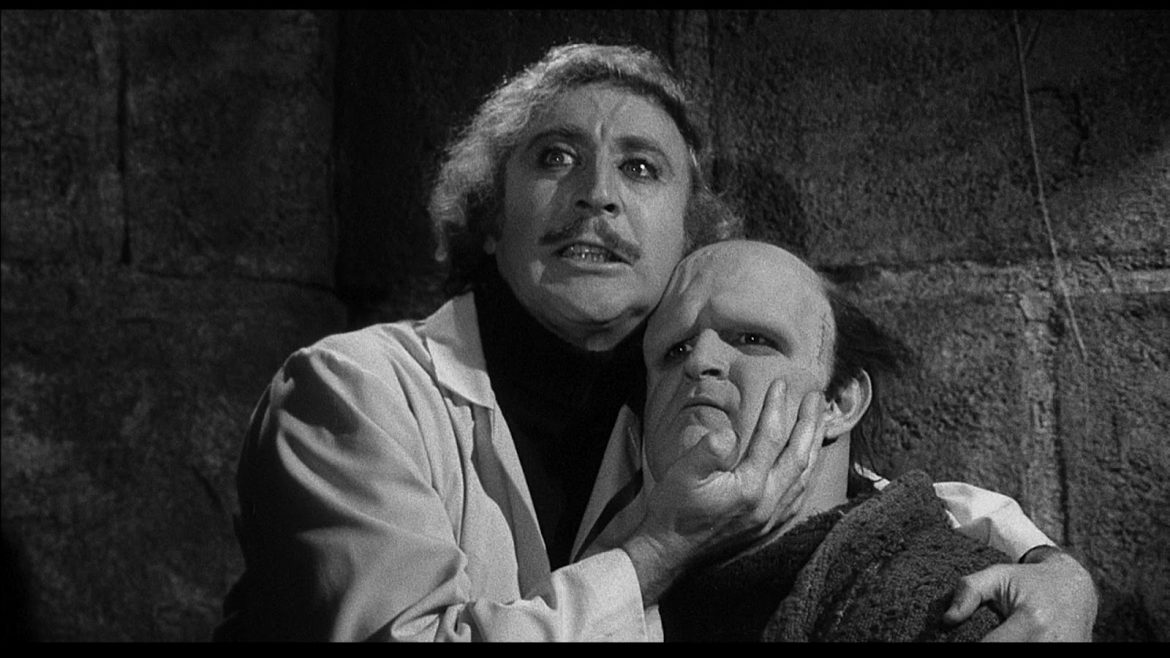 Ten Things You Might Not Know about … Young Frankenstein!

10. Just like in the original Frankenstein, greenish face makeup was used on the monster to make his features more prominent in the film

9.  The scene which required the most takes to be filmed was the one in which Igor (Marty Feldman) bites Elizabeth’s (Madeline Kahn) animal wrap. The reason was because      each time he did it he was left with a piece of fur in his mouth which caused the other actors to laugh hysterically.

8.  When the monster is being brought back to life, the area around his eyes (and what appears to be his teeth) begin to glow. This was done with a plastic head created to        look exactly like that of Peter Boyle. Some fake teeth, fake brain tissue, and a light were used to create the effect.

7.  The Blind Man scene includes parts where we see the monster having hot soup poured on him and getting his thumb lit on fire. To keep himself protected, Peter Boyle had      a hot pad on his lap, and he held a fake thumb with alcohol on it to keep the fire burning.

6.  The howling wolf sound on the ride to the castle was made by director Mel Brooks

5.  The cast and especially Mel Brooks had so much fun and were so upset when principal photography was almost completed, that Mel added scenes to continue shooting.

4.  The Blind Man’s parting line “I was gonna make espresso” was not in the script, but was ad-libbed by Gene Hackman during shooting.

3. When they started to film the “Puttin’ on the Ritz” scene, no one was sure what the creature should say. The first time out of the gate, however, Peter Boyle came up with       a strangled version of “Puiinin on da reeez!”

2. When Mel Brooks was preparing Young Frankenstein, he found that Ken Strickfaden, who had made the elaborate electrical machinery for the lab sequences in the                 Universal Frankenstein films, was still alive in the Los Angeles area. He visited Strickfaden and found that Strickfaden had saved all the equipment and had it stored in his       garage. Brooks made a deal to rent the equipment for his film and gave Strickfaden the screen credit he’d deserved, but hadn’t gotten, for the original films.

1. In 1974, Aerosmith took a break from a long night of recording to see this film. Steven Tyler wrote the band’s hit “Walk This Way” the morning after seeing the movie,           inspired by Marty Feldman’s first scene, the “walk this way . . . this way” scene.