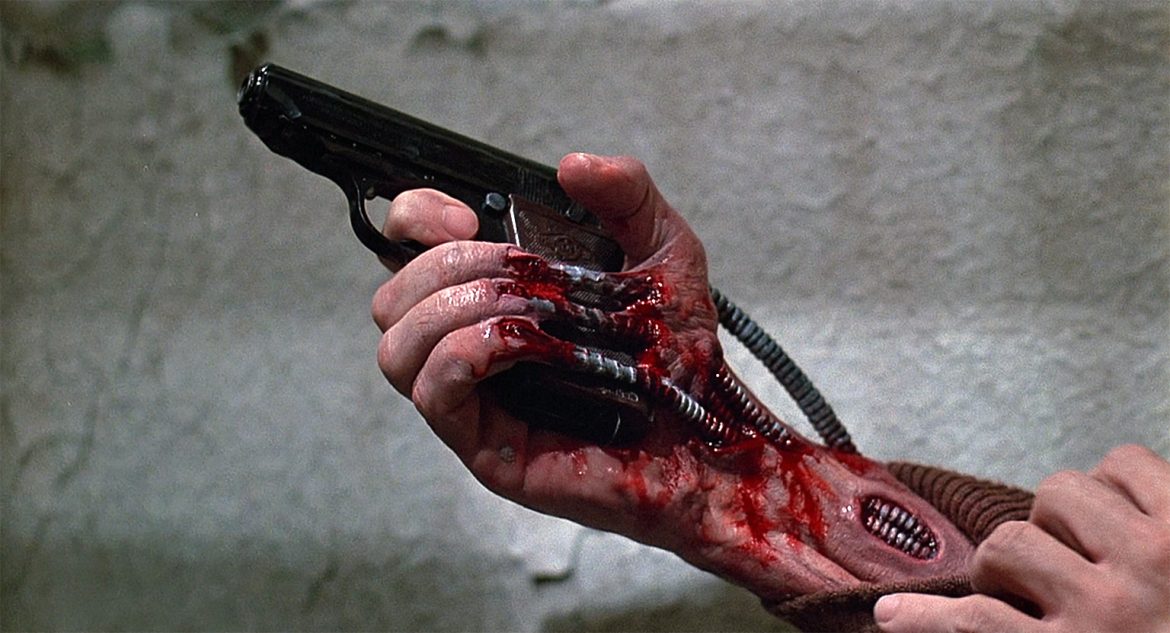 1. An epilogue was planned but never filmed. In it, Max Renn, Bianca O’Blivion and Nicki Brand appear on the set of Videodrome. Bianca and Nicki are shown to have chest        slits of their own, from which emerge strange mutated sex organs.

3. The videotapes used in the film are Betamax format. This is because VHS cassettes were too large to fit into the false stomach for special effects scenes.

4. The character of Brian O’Blivion is based on Marshall McLuhan. David Cronenberg was a student of McLuhan’s during college.

5. Among the scenes that were scripted but deleted was one where Max Renn’s TV rises up out of his bathtub, while showing an image.

6. Three different endings were filmed. The ending used in the film was James Woods’s idea.

7. The majority of the trailer was created with a Commodore 64 computer.

10. All of the major characters in the film appear on a television screen at some point in the film.