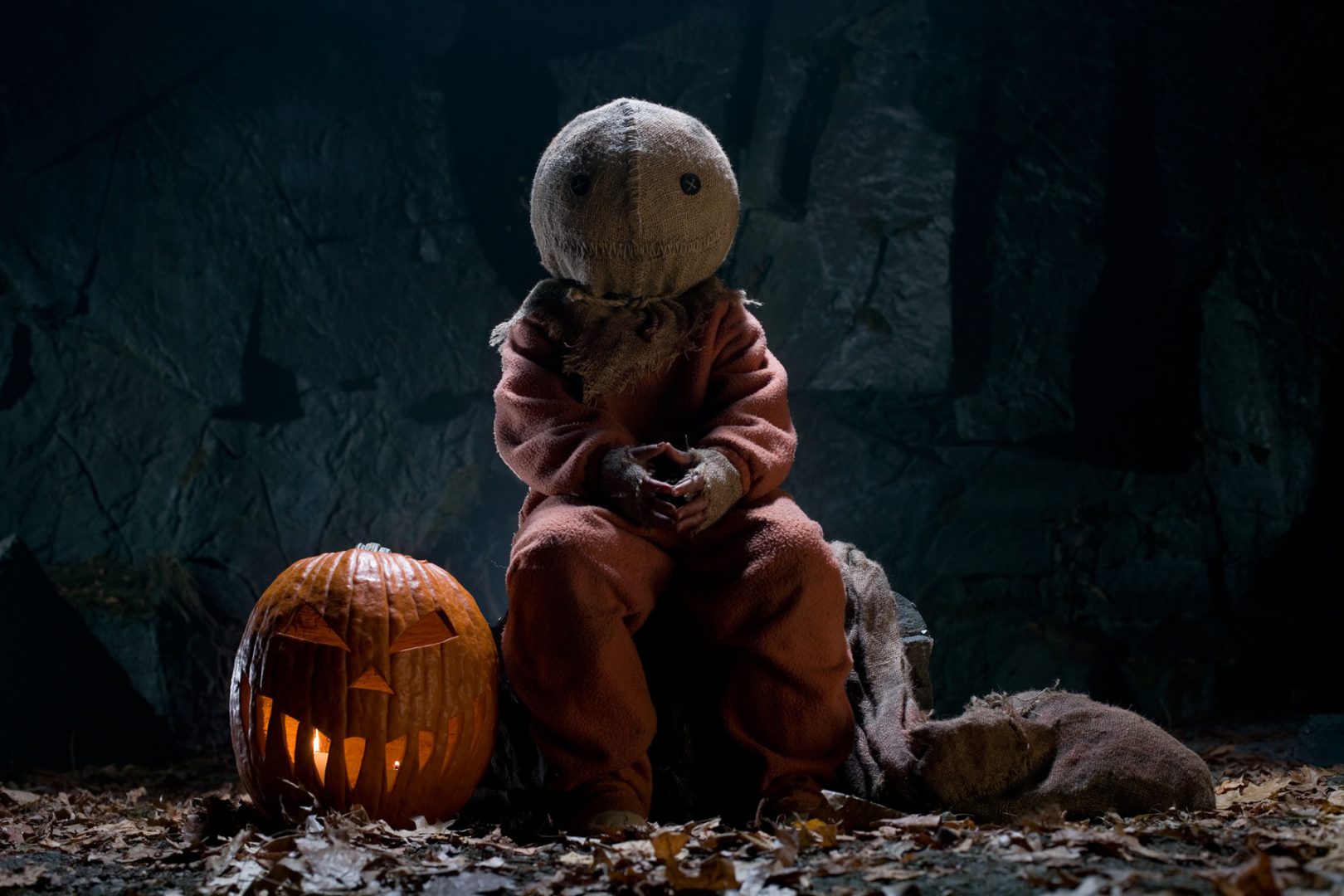 Ten Things You Might Not Know About … Trick ‘r Treat!

10.  The bottle of booze in the old man’s house which ends up being smashed and wielded as a weapon is labeled Glen MacPherson, wh was the director of photography.

9.  The look of Brian Cox’s character is based on director John Carpenter

8.  The chocolate bar that saves Mr. Kreeg’s (Brian Cox) life in the climactic fight scene by stopping him from being stabbed by Sam is labeled as a “LHOTKA” bar, the last          name of the co-producer, Peter Lhotka

7.  The name of the character Sam is derived from Samhain, the ancient Celtic festival of the dead from which modern-day Halloween is derived

6.  The film had many title changes before filming began. Originally titled Season’s Greetings, it was changed because it sounded too much like a Christmas film. Then it was      called Halloween Terrors, Jack O’ Lantern Tales, October the 31st, and Trick or Treat. The final title was kept but since there was already a movie of the same name            out, they changed the spelling to Trick ‘r Treat

5.  The film is based on Michael Dougherty’s animated short film Season’s Greetings, which debuted the character of Sam

4.  The film was originally slated to be released in October 2007 for a Halloween release. Warner Bros., without explanation or reason, pulled the film from the schedule and no reschedule date was announced. A possible reason the film was buried by the studio was that it was fallout from the box office disappointment of Superman Returns, which was co-written by Trick ‘r Treat writer/director Michael Dougherty and produced and directed by Bryan Singer, whose production company produced Trick ‘r Treat

3.  Little people were used to fill in for kids trick or treating, since this film was shot mainly at night and real kids could not work these hours.

2.  Most of the jack o’ lanterns were made out of either foam or ceramic. An on-set joke was that no pumpkins were harmed during the making of this movie.

1.  Characters from each story are frequently seen in the background of stories they are not involved with. This is to help piece together the chronology of the movie.