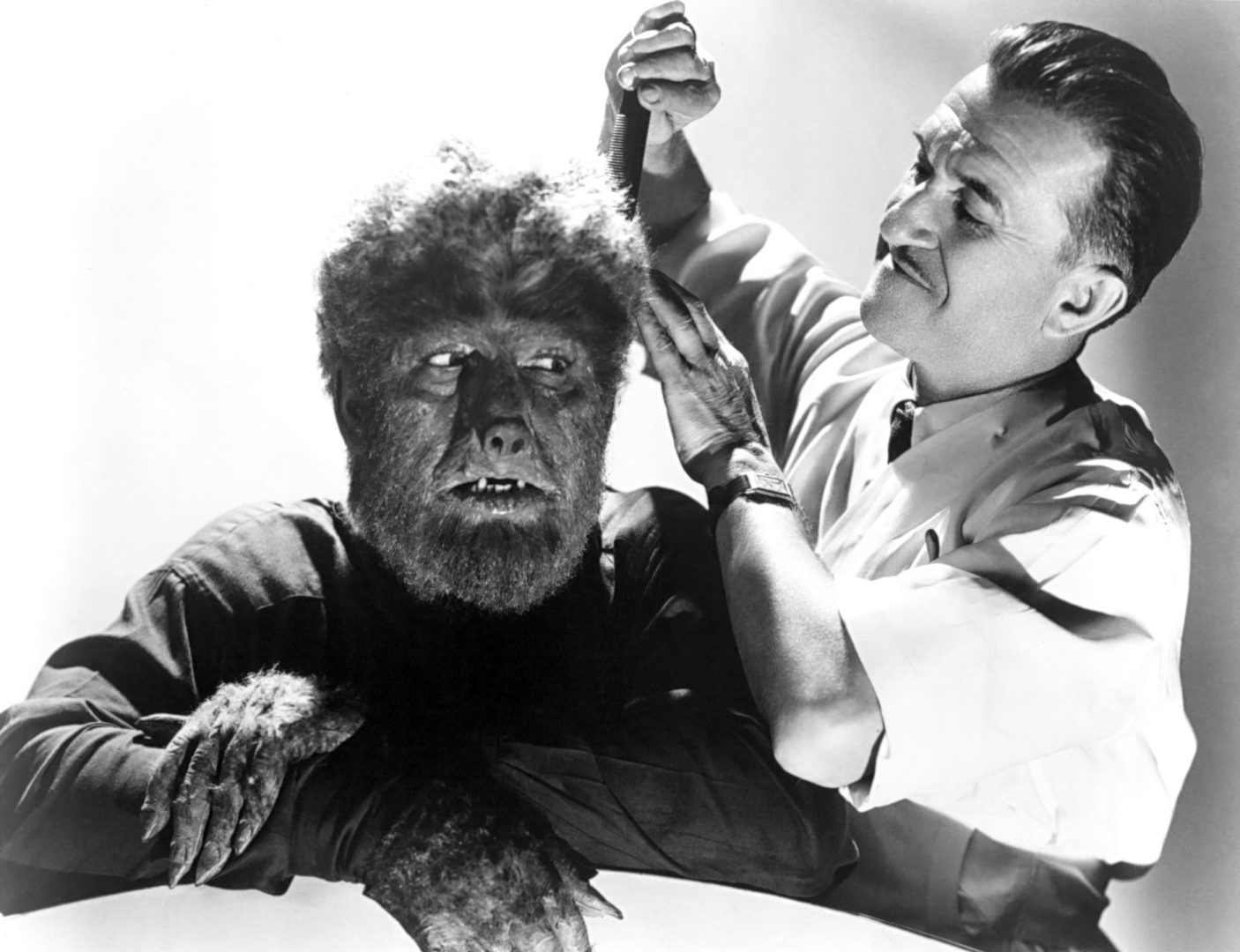 Ten Things You Might Not Know About … The Wolf Man!

10. Actor Gibson Gowland appears in this film as a villager present at the death of Larry Talbot. He also had been present during the Phantom’s death scene in the 1925             version of The Phantom of the Opera, becoming the only actor to appear in death scenes performed by both Lon Chaney and Lon Chaney Jr.

9. Evelyn Ankers was required to faint, and then to stay on the floor until the fight scene between Lon Chaney Jr. and Claude Rains was finished. She stayed on the floor so       long that the low-hanging chemical fog being used in the scene caused her to pass out.

8. Universal had another unproduced werewolf script originally planned as a vehicle for Boris Karloff on file but writer Curt Siodmak did not utilize any of it for his script

7. Lon Chaney Jr.’s character is never once in the film referred to as “The Wolf Man.”

6. Dick Foran was originally cast in the role of Larry Talbot. He was replaced just one week before filming began.

5. Maria Ouspenskaya, who played the old Gypsy woman, was only six years older than Bela Lugosi, who played her son.

4. The church scenes were shot on the old “Hunchback of Notre Dame” set where Chaney’s father had played Quasimodo in 1923.

3. The silver top of Larry’s wolf-head cane was made of vulcanized rubber so none of the actors or stunt doubles would get injured if they were accidentally hit by it.

2. Lon Chaney Jr.’s make-up took six hours to apply, and three hours to get off.

1. “Even a man who is pure at heart, and says his prayers by night, may become a wolf when the wolfbane blooms and the autumn moon is bright.” This quote has been          listed in some sources as an authentic Gypsy or Eastern European folk saying. Writer Curt Siodmak admits that he simply made it up.