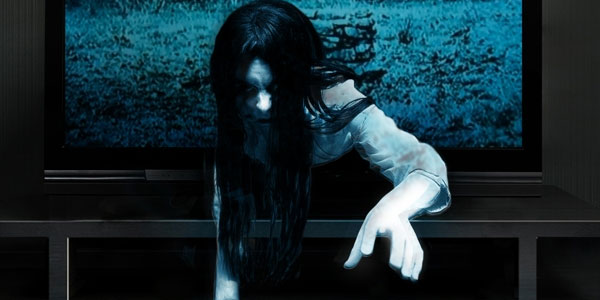 Ten Things You Might Not Know About … The Ring!

10.  Playing the movie frame by frame, in the exact moment when Katie Embry is scared to death at the beginning of the movie, you can see all the images that appear on the video. Each image appears for just a fraction of a second. The effect is repeated at the end of the movie.

9.  The ring shape motif is unique to the American remake. Kôji Suzuki, the author of the novel upon which the movies are based, says that the title referred to the cyclical nature of the curse, since, for the viewer to survive after watching it, the video tape must be copied and passed around over and over.

8.  To promote this film the studio placed copies of the mysterious “killer tape” at concerts and events.

6.  Subtle images of circles in various forms, such as the designs on the doctor’s sweater, the shower drain and Rachel’s apartment number, appear throughout the movie.

4.  A Bad Religion sticker is partially visible in Noah’s locker in the A/V room.  Gore Verbinski directed the music video for “American Jesus” from Bad Religion’s “Recipe For Hate.”  Other stickers visible in the locker include those for Epitaph bands Pennywise, The Refused, Lars Frederiksen and The Bastards, and The Descendents.

3.  The cursed “video” is available as an Easter egg on the DVD.

2.  When filming the scene where Samara is walking toward the camera on the tape, the actress, Daveigh Chase, was actually walking backward towards the well.

1.  Subliminal frames from the Ring video are inserted in the film. For example, the ‘Ring’ image can be glimpsed for a fraction of a second in the transition between the ferry/horse sequence and Rachel’s car drive to Anna Morgan’s farm on Moesko Island.