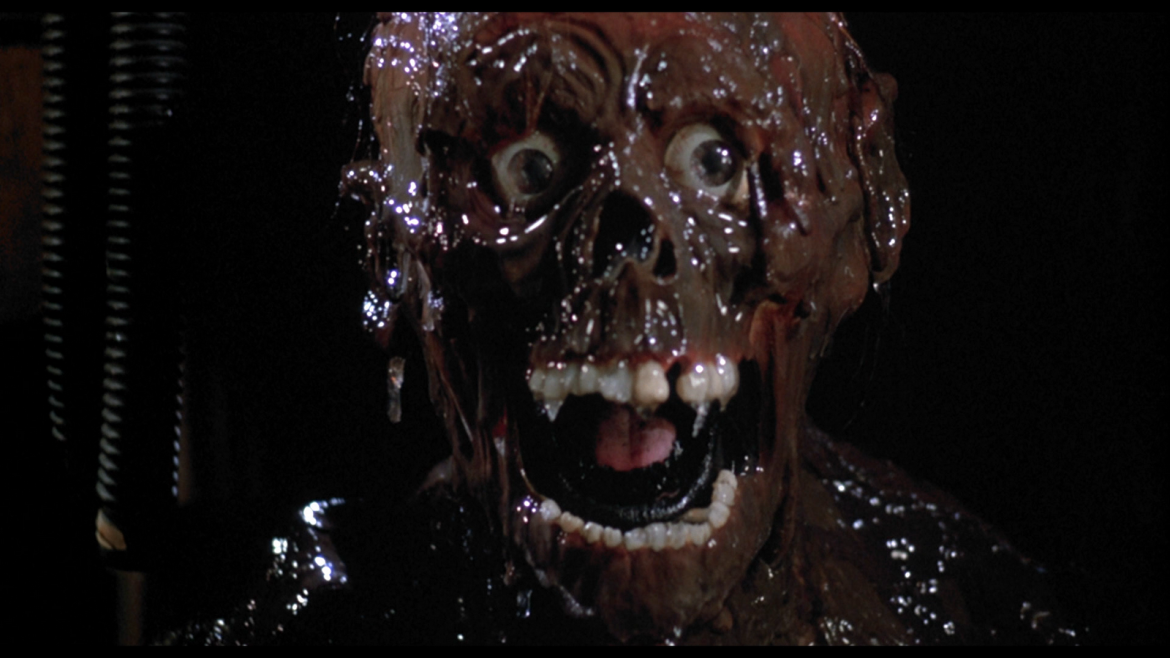 Ten Things You Might Not Know About … The Return of the Living Dead!

1. James Karen came up with the idea for the death scene of his character.

2. Jewel Shepard was originally offered the role of Trash, but turned it down because she was fed up with always being cast in roles that required nudity.

3. Linnea Quigley’s character was originally going to be called ‘Legs,’ but was later changed to ‘Trash.’

4. In the early 1990s, a work print version of the film surfaced that ran 24-minutes longer that the released version.

5. The cemetery in the film is called “Resurrection Cemetery.”

6. Linnea Quigley originally danced to the song “Nasty Girl” by Vanity during the filming of her famous cemetery striptease.

7. The part of Burt was originally offered to Leslie Nielsen, who wanted too much money.

8. Tobe Hooper was originally slated to direct and it was supposed to be filmed in 3-D.

10. Some of the zombie extras were paid more to eat real calf brains in the film