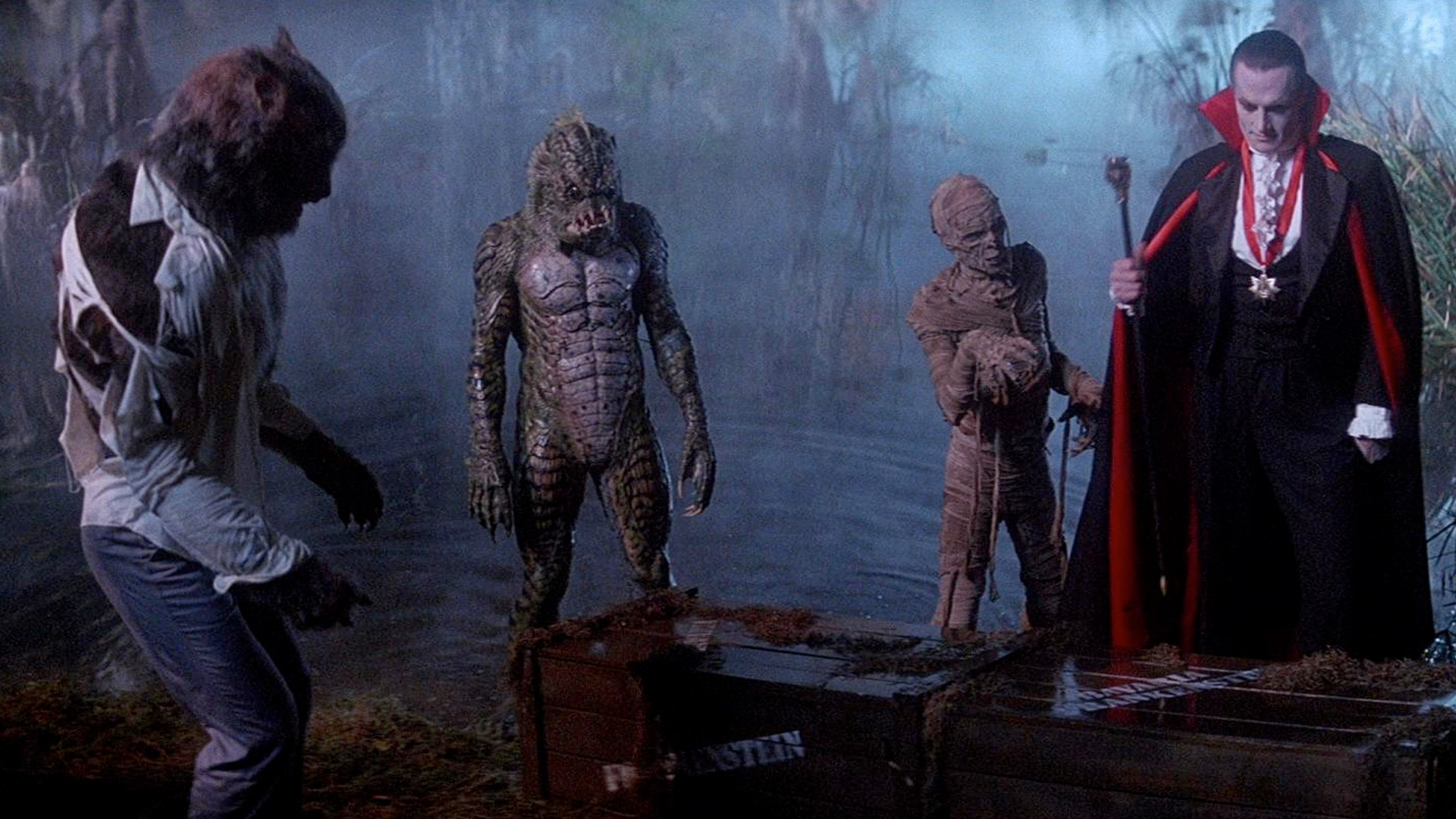 Ten Things You Might Not Know About … The Monster Squad!

10. Near the start of the movie the plane where Dracula first appears has “Browning” written on the side. This a nod to director Tod Browning who directed 1931’s “Dracula”

9.  There is a poster for the Lucio Fulci film Zombie visible in the background of the club house.

8.  Dustin Diamond had a small role as a kid who tries to trade baseball cards with the boys, but this was later cut.

7.  There are at least two versions of Michael Sembello’s end-credit song. In some versions, dating back to VHS release days, there is a lyric referring to “..the creature           swimmin’ in the pool”. As of 2007, in the recent HD cable release, this is replaced simply by “..the Creature From The Black Lagoon”.

6.  According to the director Fred Dekker the film was cut by 13 minutes because some executives didn’t want it to run more than 90 minutes.

5.  According to Fred Dekker, Shane Black’s first draft of the screenplay was so huge that the opening of the film featured Van Helsing accompanied by zeppelins and                hundreds of men on horseback storming Dracula’s castle. Dekker stated that this sequence would have cost more than the final budget of the film.

4.  The Wolfman’s face was modeled after that of Stan Winston.

3.  Liam Neeson was considered for the role of Dracula.

2.  The scene where Dracula lifts Phoebe up and she screams was done in one take. Duncan Regehr wouldn’t wear his red contacts or fangs around the five year old Ashley      Bank because it scared her too much. For the scene, Fred Dekker just told Ashley to scream once the platform raised her. When she asked, “When?” Dekker told her,          “Oh, you’ll know,” and proceeded to shoot. The terrified scream you hear when Dracula opens his eyes is Ashley’s genuine scream of fright.

1.  The actor who played Horace, Brent Chalem, died of pneumonia in 1997