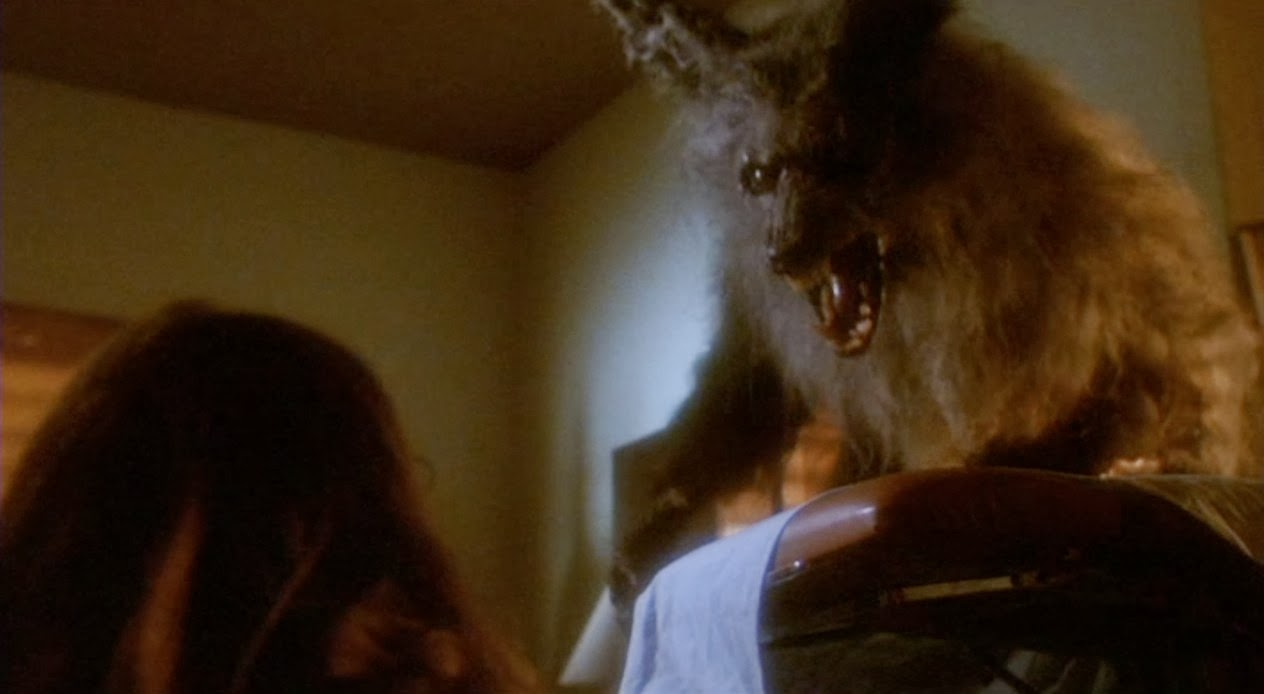 Ten Things You Might Not Know about … The Howling!

10.  Forrest J Ackerman appears in the book shop carrying a copy of his magazine “Famous Monsters of Filmland”.

7.  The book Bill is reading in bed is “You Can’t Go Home Again” by Thomas Wolfe.

6.  Robert Picardo improvised the line “I want to give you a piece of my mind.” before pulling out a chunk of his brain.

5.  Roger Corman cameos as the man waiting to use the phone box after Dee Wallace.

4.  The climactic transformation had to be done all in closeup because the film had exceeded its budget by then, and it had to be shot in an office because they had no                money for sets anymore.

3.  Originally, Rick Baker was doing the special effects for the film, but he left the production to do An American Werewolf in London. Baker left the effects job for this                film in the hands of assistant Rob Bottin.