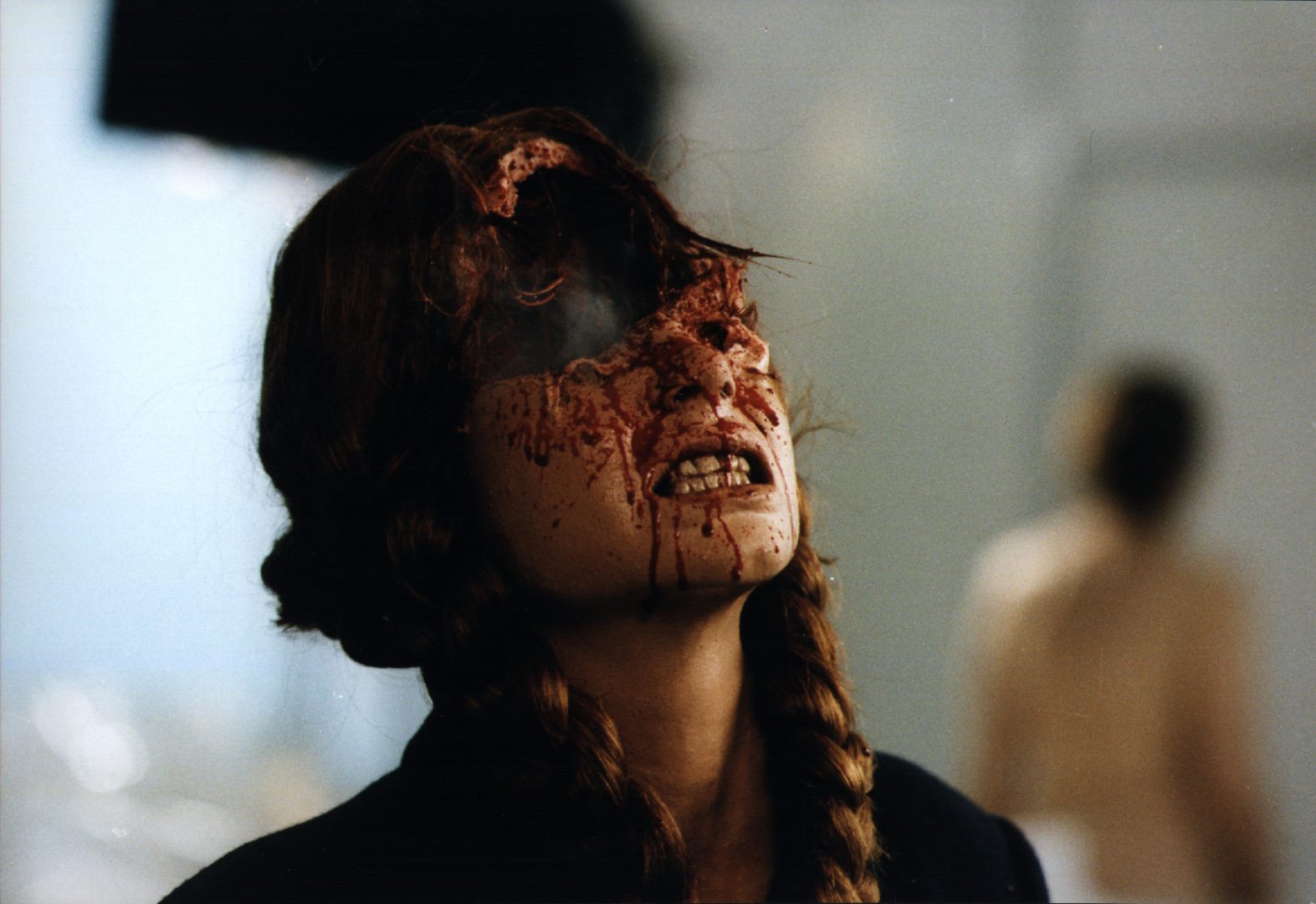 Ten Things You Might Not Know About … The Beyond!

10. Director Lucio Fulci has a cameo as the librarian who goes out to lunch, right before the architect is attacked by the spiders.

9.  The Italian title E tu vivrai nel terrore! L’aldilà when translated means “and you will live in fear, the afterlife.”

8.  This film was never seen in America in its uncut form until 1998, when Grindhouse Releasing tracked down the original master and restored the film, playing it at                  midnight shows at selected cities.

7.  Director Lucio Fulci had his Zombie star Tisa Farrow in mind for the lead in this film, but Farrow had left the acting profession.

6.  Hair metal band Europe based the song ‘Seven Doors Hotel’ from their first album on this film

5.  The Beyond is the second part of Lucio Fulci’s Death Trilogy also including City of the Living Dead and The House by the Cemetery.

4.  The zombie rampage was done at the insistence of the film’s German distributors whose movie market was going through a zombie craze.

3.  ‘The Book Of Eibon’ is the creation of American pulp fiction author, poet and fine artist Clark Ashton Smith and is a recurring text associated with the so-called “Cthulhu          Mythos”

2.  Grindhouse Releasing’s Bob Murawski  was the editor of Sam Raimi’s Spiderman  and used a shot from this film in Peter Parker’s spider-bite dream sequence.

1.  During the final scene in the Beyond’s abyss, the sand-covered bodies lying on the ground were actually stark naked street derelicts, who were “paid” in alcohol.