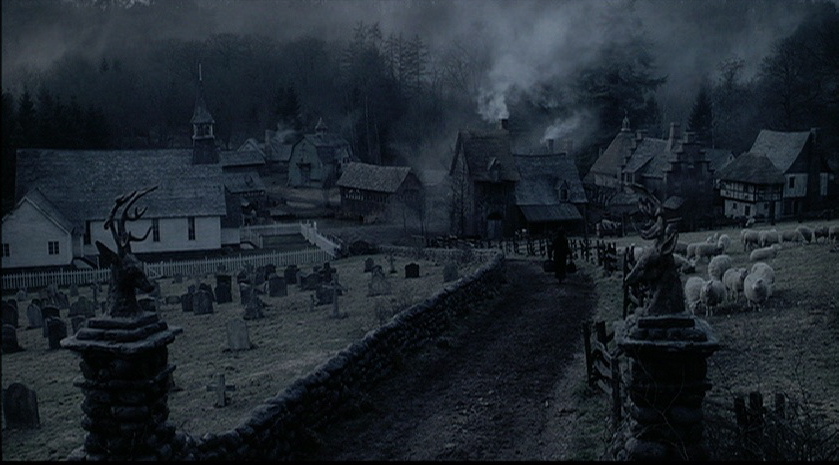 Ten Things You Might Not Know About … Sleepy Hollow!

10. There are 18 decapitations in this film.

9. The scarecrow in the scene where Peter Van Garrett gets his head cut off by the Headless Horseman is the opening pumpkin/scarecrow from Tim Burton’s The Nightmare       Before Christmas

8. Winona Ryder was offered the role of Katrina Van Tassel, but turned it down.

7. Liam Neeson, Brad Pitt and Daniel Day-Lewis were all considered for the role of Ichabod Crane.

6. The town of Sleepy Hollow was created from the ground up in three months. At the time of filming, it was the largest set built in England and was put up in record time.

5. Tim Burton says the movie was inspired by the Gothic horror films of Mario Bava and Hammer Productions. Burton brought Hammer veteran Michael Gough out of                   retirement for a small role, and recruited Christopher Lee, a veteran of both Hammer and Bava’s pictures, for a cameo

2. The dress worn by Katrina Anne Van Tassel (Christina Ricci) in the last shot of the movie has the same pattern as Michael Keaton’s outfit in the climactic scene of                   Beetlejuice

1. Johnny Depp adopted Goldeneye, the horse that played Ichabod Crane’s horse Gunpowder, when he heard it was going to be put down.