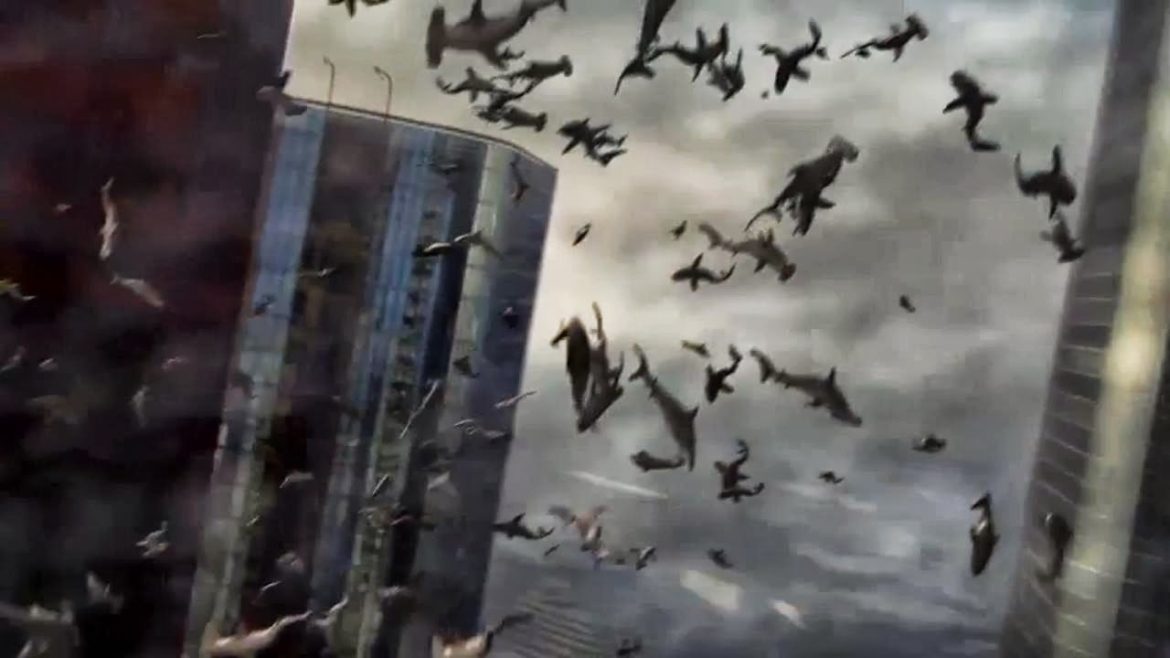 10. There are many homages to Jaws in the film, including the line “We’re going to need a bigger chopper,” and when a shark is on the Santa Monica pier and attempts to           attack, an air tank is shoved into its mouth to blow it up.

9. The scenes on the Santa Monica Pier and at the veterans retirement home were both shot in a single day.

8. Fin says, “Semper Paratus” (Always Ready). This is the motto of the U.S. Coast Guard.

7. Ian Ziering was unsure of doing the movie until talking to his wife, who insisted that he do the film as they had another child on the way and he needed to work

6. Many crew members became sea-sick during principal photography, as well as one of the actors.

5. Shot under the title “Dark Skies.”

4. The school bus sequence was filmed over several days at the 6th street bridge, in downtown LA. While a stunt double was used for certain shots, Ian Ziering did a lot of         his own rappelling stunts.

3. Robbie Rist (cousin Oliver from The Brady Bunch), who plays Robbie the bus driver, also co-wrote a handful of songs that are featured on the sound-track

2. The flooded interior house sequence was shot in a set put in a pool. Unfortunately, the water couldn’t be heated, so it was freezing cold. The actors can be seen shivering       in certain shots.

1. The closing credits start, appropriately, with the word ‘Fin’, which is Spanish and French for ‘End’