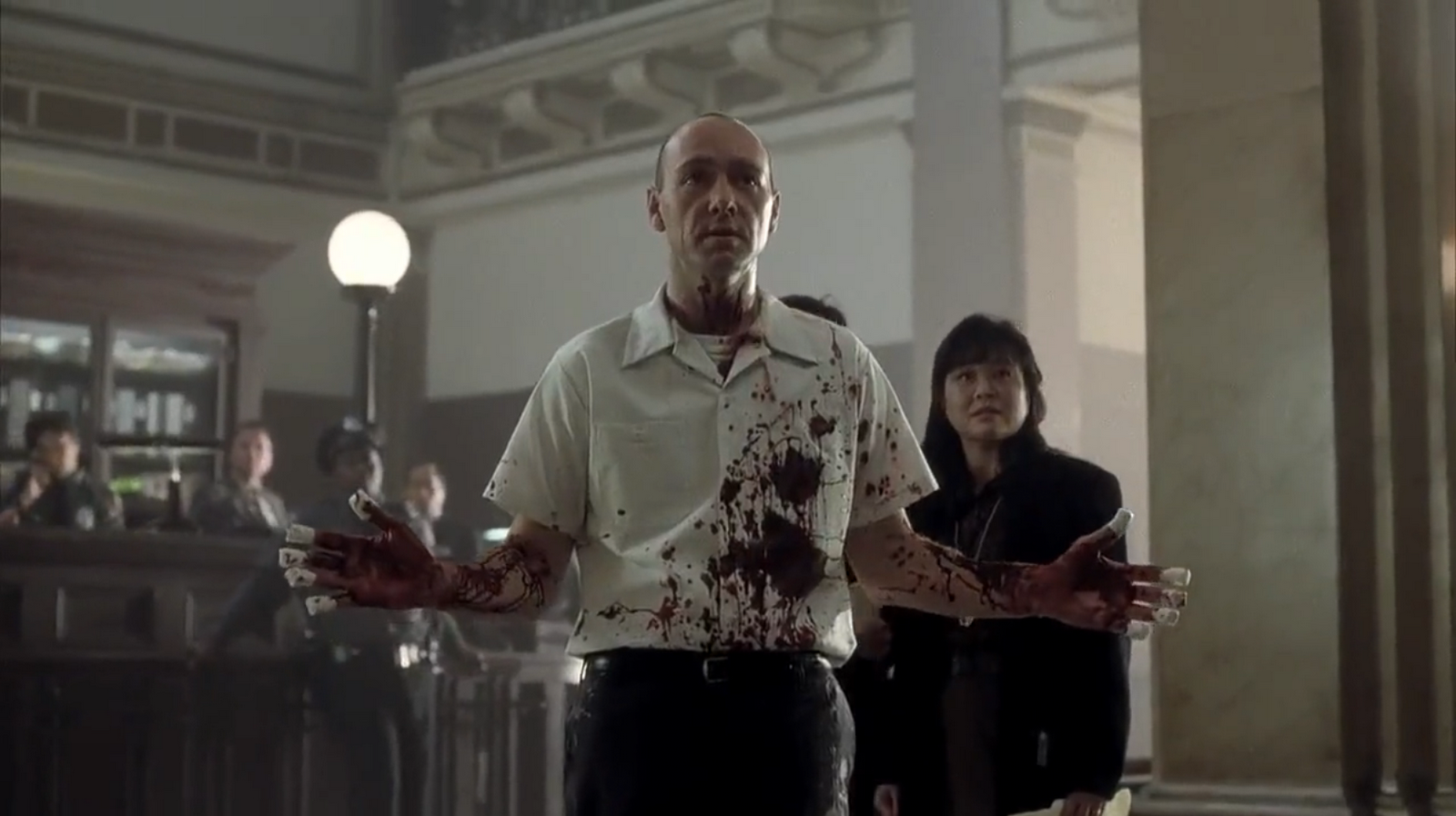 10.  Sloth is the third deadly sin, the sloth victim is found in a 3rd floor apartment.The apartment of Mills is 5a. The 5th deadly sin is Wrath which is the sin that Mills becomes at the climax of the film.
9.  R. Lee Ermey originally auditioned for the part of John Doe. After the part was given to Kevin Spacey, Ermey was offered, and took, the part of the police captain.
8.  One of the re-written endings of the film involved Somerset discovering that John Doe was raised by an abusive priest in a church orphanage. Doe kidnaps Mills and lures Somerset to a decrepit church decorated with artwork depicting the Seven Deadly Sins, intent on making Somerset murder him out of vengeance. Instead, Doe and Somerset engage in a shootout, and Somerset lawfully kills Doe after Mills is killed during a struggle with Doe.
7.  R.E.M.’s Michael Stipe was once considered for the Kevin Spacey role of John Doe.
6.  When filming the ‘sloth’ victim scene, the SWAT officers were not told that the victim was still alive. When the victim coughs and scares the SWAT officers, that reaction is real.
5.  The ending narration of Somerset quoting Ernest Hemingway was an added compromise that neither David Fincher or Morgan Freeman particularly cared for. The decision came from New Line after poor test screenings regarding the dark ending.
4.  Even though he’s probably one of the most horrifying and sadistic killers in cinematic history, John Doe isn’t seen killing anyone on screen.
3.  At exactly 7 minutes into the film, Mills gets a call that starts the seven murders. With exactly 7 minutes left of the film, Somerset says to a distraught Mills: “he will win,” regarding John Doe.
2.  Christina Applegate turned down the role of Tracey.
1.  For the gluttony scene, seven crates of cockroaches were released on the set and poured on Bob Mack who plays the gluttony victim. Something had to be put in Mack’s ears and nose to stop the cockroaches from crawling in, however, that didn’t stop them from going into his underwear.
Share FacebookTwitterRedditEmail