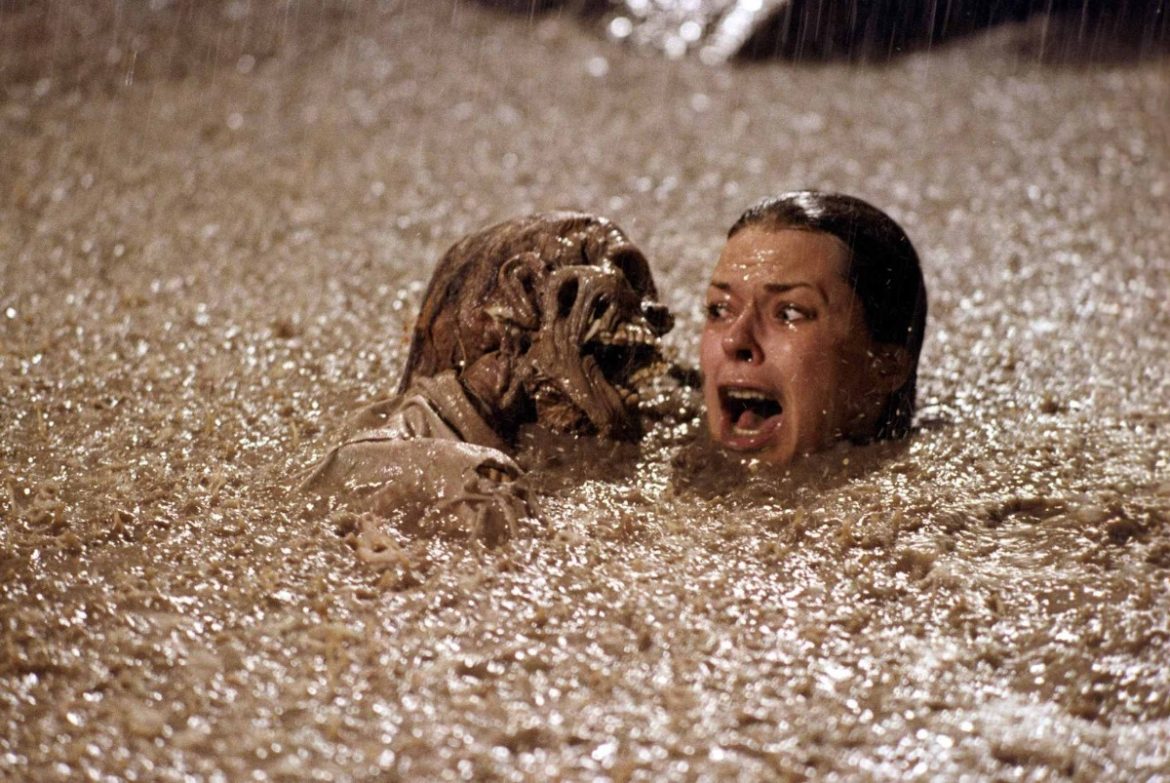 1. The sound effect for the entity that attacks the house at the end of the movie is the same source for the current MGM lion roar.

2. JoBeth Williams was hesitant about shooting the swimming pool scene because of the large amount of electrical equipment positioned over and around the pool.     In order to comfort her, Steven Spielberg crawled in the pool with her to shoot the screen.

3. During the scene where Robbie is being strangled, the clown’s arms became extremely tight and Robbins started to choke. When Spielberg saw Robbins’s face         turning purple, he ran over and removed the clown’s arms from Robbins’s neck.

4. The skeletons that emerge from the swimming pool while Diane searches for help are actual skeletons. JoBeth Williams didn’t know this until after the scene was     shot.

5. The scene where Diane is attacked in her bedroom by an invisible force was actually filmed in a rotating box with a stationary camera. This gave the appearance       she was being dragged up the wall and across the ceiling.

6. Stephen King was briefly approached to write the screenplay.

7. Drew Barrymore was considered for the role of Carol Anne.

9. Both of the terrors that plague Robbie came from Steven Spielberg’s own fears as a child: a fear of clowns and a tree outside his window.

10. Though on-screen credit goes to Tobe Hooper, most of the directorial decisions were made by Steven Spielberg.