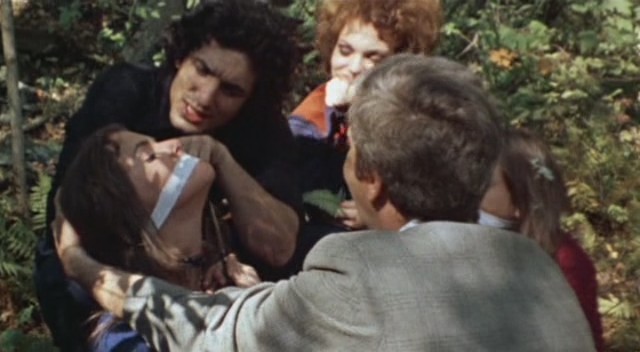 Ten Things You Might Not Know About … Last House on the Left!

9. Producer Sean S. Cunningham’s station wagon is used when Lucy Grantham and Sandra Peabody are driving in the beginning

7. The house the Collingwoods live in was owned by producer Sean S. Cunningham’s parents

6. According to director Wes Craven, the crew set up a special editing office to restore prints returned from cinemas because “every one would come back chopped up by theater owners”

4. When distribution companies Hallmark and Atlas International released the movie in Germany, they attempted to pass it off as an actual “snuff” film (a real murder staged for the camera)

3. Wes Craven later used the name “Krug” in A Nightmare on Elm Street for the film’s villain, “Freddy KRUEGer.” In both films the name is used for murderers who prey on teens

2. According to various cast and crew members, actress Sandra Peabody was genuinely terrified throughout most of the shoot, at one point walking off-set

1. When Wes Craven took this film to the MPAA, they slapped it with an “X” rating. Wanting an R for wider release, Craven went back and removed ten minutes of footage. However, this still wasn’t enough and the film still got an “X” rating. Once again Craven removed footage, this time taking out 20 minutes. It still wasn’t enough. Finally, Craven put all of the original footage back in, got an authentic “RATED R” seal of approval from the film board from a friend of his, put it on the film and released it.