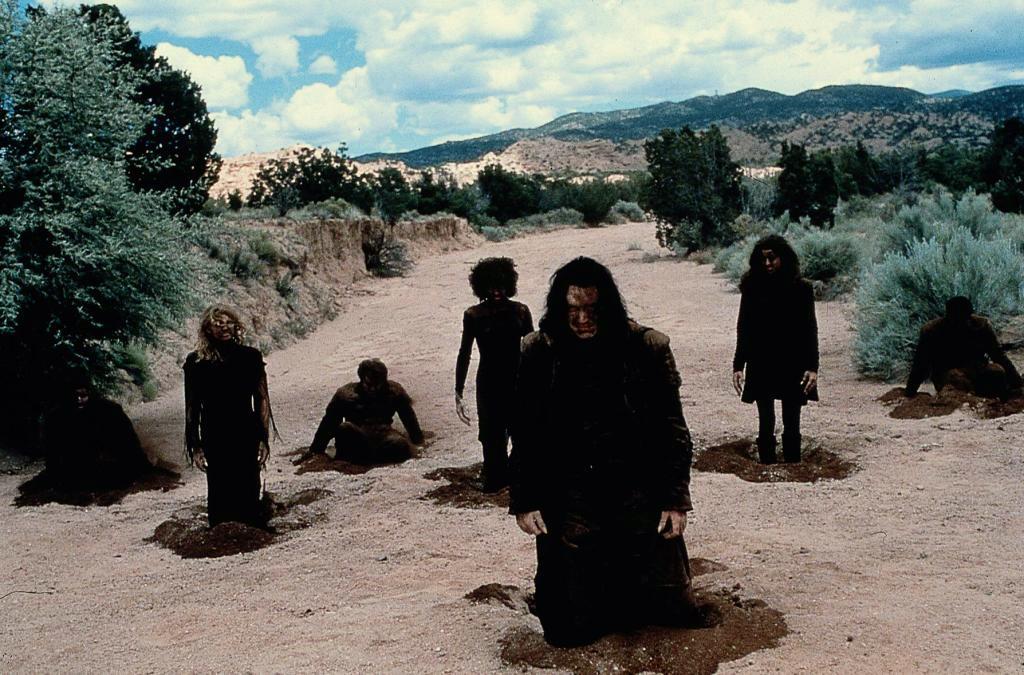 Ten Things You Might Not Know About … John Carpenter’s Vampires!

10. Director Frank Darabont has a cameo as the Man With Buick, whose car is stolen by Daniel Baldwin.

9.  Was originally going to be directed by Russell Mulcahy and action-star Dolph Lundgren was being eyed for the lead.

8.  The symbol on the necklace that Daniel Baldwin wears in the movie is the Nordic rune meaning “Protector”.

7.  Cary-Hiroyuki Tagawa was unhappy with his role in the film. He tried speaking to Carpenter several times about his character’s back story and motivation, but Carpenter      rebuffed him. This left Tagawa feeling like he was little more than a glorified stuntman.

6.  Katrina has a snake tattoo on her back. Snake Plissken had a similar tattoo on his chest, the character from John Carpenter’s Escape from New York and Escape from          L.A.

5.  The only film in the 90’s that was financial success for John Carpenter.

4.  The film that convinced John Carpenter to stay in directing. He had been thinking about quitting filmmaking because in his own words, “it had stopped being fun.”

3.  When Largo Entertainment approached John Carpenter with this project, they gave him two scripts, one by Don Jakoby and another by Dan Mazur. Carpenter read the        scripts and the novel and saw a potential in the movie that he had been interested in and that was to do a western disguised as a horror film. So, Carpenter wrote his            own screenplay, taking elements from both Jakoby’s and Mazur’s scripts, the novel, and some of his own ideas.

2.  Producer and John Carpenter’s wife Sandy King cast Thomas Ian Griffith as Valek because they both wanted “someone who looks formidable, but is also alluring. There        has to be something alluring about the evil nature of the vampire.”

1.  John Carpenter had a good working relationship with James Woods on set. Apparently Woods has a reputation for being difficult to work with, but Carpenter got along          with him just fine. They had a deal. Carpenter could film one scene as its written. The other Woods could improvise. And Carpenter found to his delight that many of his        suggestions were brilliant.