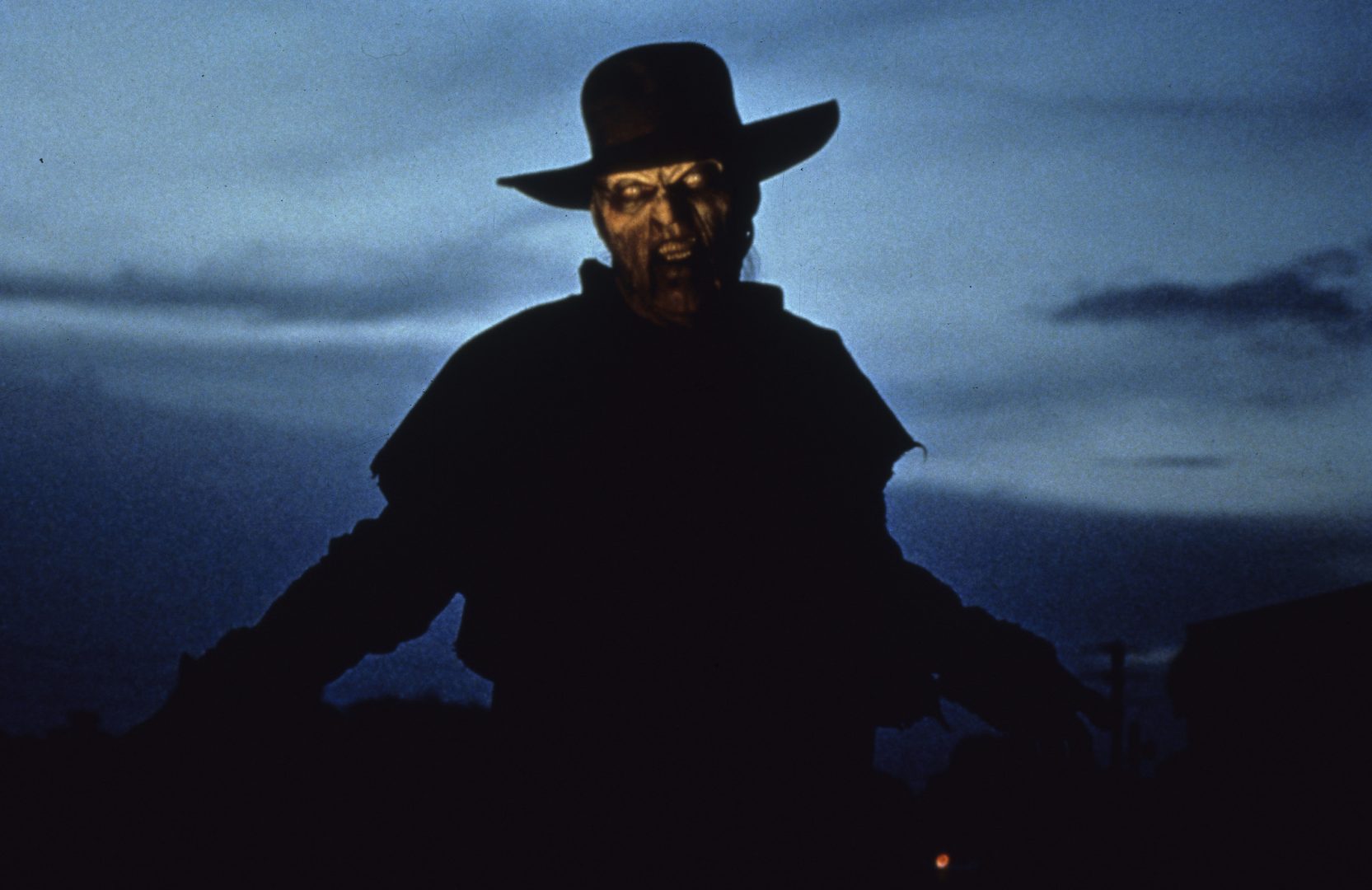 Ten Things You Might Not Know About … Jeepers Creepers!

10.  Jonathan Breck (the actor who plays The Creeper), without makeup, appears as a policeman.
9.  Thanks to a slash in the budget, the shooting schedule was cut down from 42 days to 35 instead.
8.  The oath “Jeepers Creepers!” originated in the early 20th century as a polite euphemism for Jesus Christ. Jiminy Crickets was a synonym before the latter phrase was co-opted by Walt Disney as the name of a cartoon insect.
7.  The contacts on The Creeper made Jonathan Breck blind whenever he had to wear them.
6.  Victor Salva originally wrote the role of the Creeper for Lance Henriksen.
5.  The original title was “Here comes the Boogeyman”.
4.  The scene where Trish and Darry witness the Creeper dumping a body down a well by an abandoned church was inspired by the case of Dennis DePue, a former Michigan Property Assessor who murdered his wife and was seen by witnesses near an old school house with a bloody sheet. Two witnesses also recall DePue speeding past them in a van and eventually tailing them and riding their bumper for several miles.
3.  Jonathan Breck shaved his head for the role, inspired by the notion that the Creeper was naturally hairless and would have to “borrow” hair from victims.
2.  Gina Philips (Trish) and Justin Long (Darry) were not allowed to meet Jonathan Breck before filming (in order to get a true reaction from them when they actually did see him with his full costume and makeup), nor did they see the BEATNGU truck before the opening scene was shot.
1.  The Creeper’s single line of dialogue was cut from the film.
Share FacebookTwitterRedditEmail