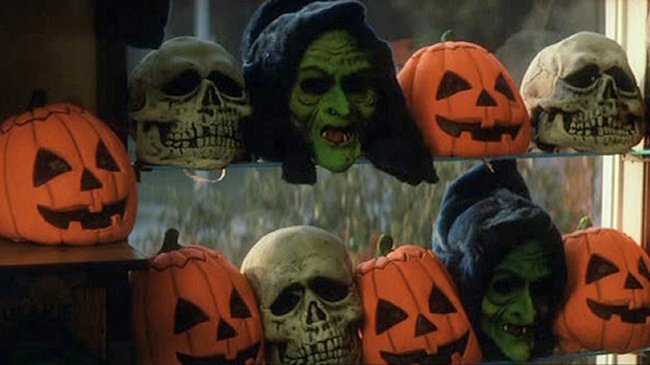 Ten Things You Might Not Know About … Halloween III: Season of the Witch!

10. The voice of the operator that Challis keeps getting when he tries to call out of Santa Mira is Jamie Lee Curtis.

9. The small town of Santa Mira was also the setting for Invasion of the Body Snatchers

8. Using the original molds, the skull, witch, and jack-o’-lantern masks seen in the film were mass-produced by Don Post Studios and sold in retail stores to promote the film’s    release.

7. The fluid coming out of the robots’ mouths is orange juice.

6. It took over forty takes to get the shot when Tom Atkins throws the skull mask on the security camera.

5. The gas station seen in the film can also be seen in John Carpenter’s The Fog

3. Tom Atkins got pneumonia while acting in this film.

1. Michael Myers does appear briefly in this film, on a television advertising the original Halloween. It comes near the beginning when Dan Challis is drinking in a bar.