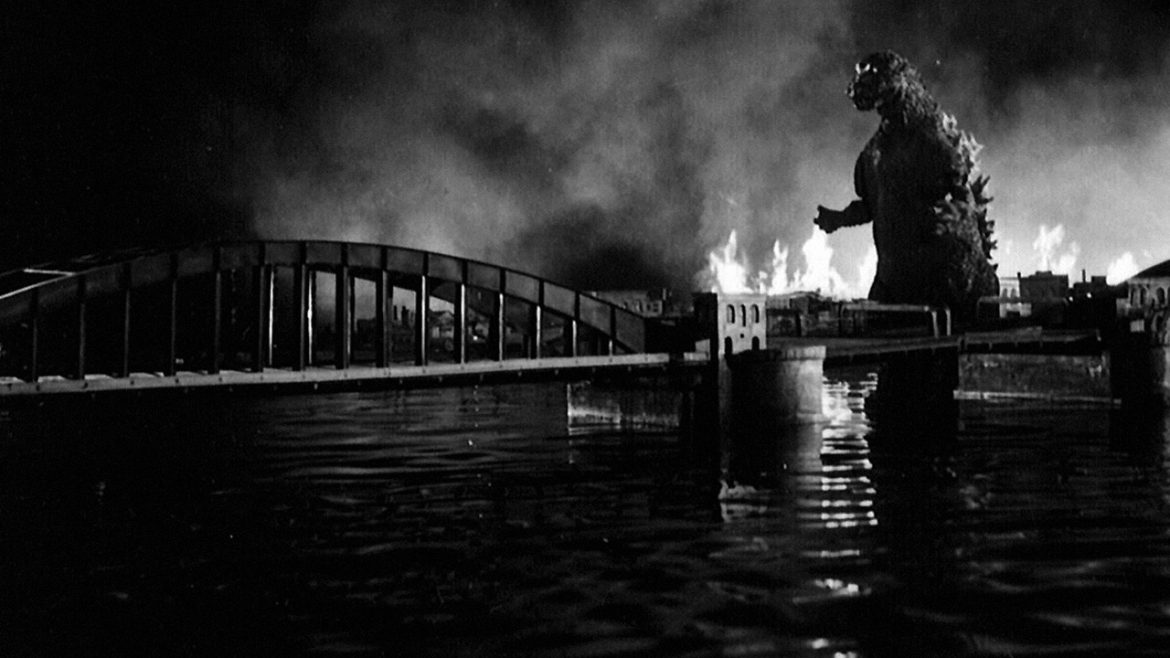 1. The scenes of Godzilla underwater were filmed “dry for wet” with an aquarium (complete with fish) placed between the camera and the monster-suited Haruo         Nakajima

2. One of the original Godzilla designs was a monster with a head shaped like a mushroom, intended to recall images of mushroom clouds.

3. It was not uncommon for a cup of Haruo Nakajima’s sweat to be drained from the Godzilla suit.

4. Haruo Nakajima could walk about thirty feet in the original costume, which weighed over 200 pounds

5. One of the potential names for Godzilla was Anguirus. The name was discarded but used in the second Godzilla film, Godzilla Raids Again (1955) as the name of         the monster that Godzilla fights.

7. Originally when Godzilla makes his first appearance, there was supposed to be a bloody cow in his mouth. After reviewing the test shots, Masao Tamai, the            cinematographer, felt it was far too graphic and convinced director Ishirô Honda to re-film the sequence without the cow.

8. Producer Tomoyuki Tanaka got the idea for the film while returning from Indonesia. He was looking down at the water and began imagining what was really           below the surface.

9. Godzilla’s origin was inspired by a real-life nuclear accident in which a Japanese fishing boat ventured too close to an American nuclear test and was contaminated.

10. Composer  Akira Ifukube came up with Godzilla’s roars by rubbing a coarse, resin-coated leather glove up and down the strings of a contrabass and reverberated       the recorded sound.