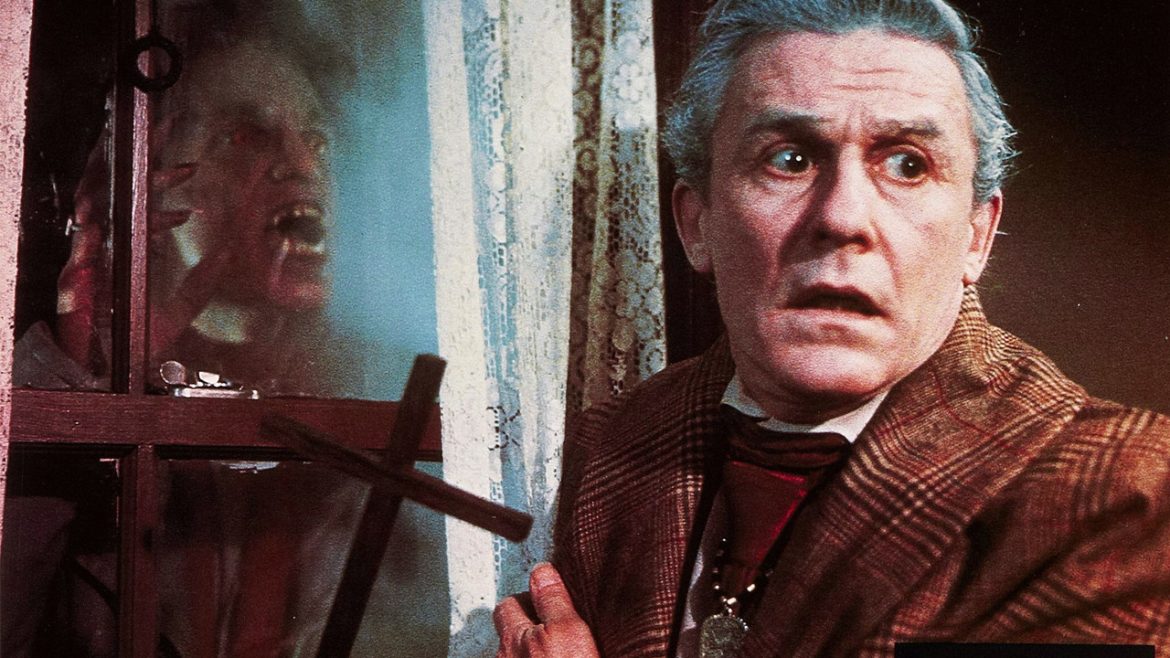 Ten Things You Might Not Know About … Fright Night!

2. The nightclub set used in “Fright Night” was the same one used for the Frankie Goes to Hollywood sequence in Brian De Palma’s “Body Double”

3. When Jerry lifts Charley by the throat and carries him across the room, the actor was being pulled on a furniture dolly

4. Writer/director Tom Holland conceived the role of Peter Vincent with Vincent Price in mind, but Price’s health was declining and he was trying to shy away from accepting       horror roles by that point in his career

5. Charlie Sheen auditioned for the role of Charlie Brewster, but the director decided his looks weren’t right for the character, so William Ragsdale was ultimately cast

6. Chris Sarandon claimed that, because of the long hours in makeup he had to endure, if he didn’t try hypnosis or meditation to cope with it, he’d go stark-raving mad.

7. Roddy McDowall got a little upset with Stephen Geoffreys for getting too physical in the scenes where Ed attacks Peter

8. It was Chris Sarandon’s idea to have Jerry eating apples throughout the film. While researching vampire lore, Sarandon looked at information about bats and concluded,         “Jerry had a lot of Fruit Bat in his DNA.”

9. According to Chris Sarandon, he wanted Jerry to whistle “Whistle While You Work” rather than “Strangers in the Night” when first confronting Charley, but Disney would         not give their permission to use the song

10. The character Peter Vincent is named for two actors well-known for their appearances in horror movies: Peter Cushing and Vincent Price.