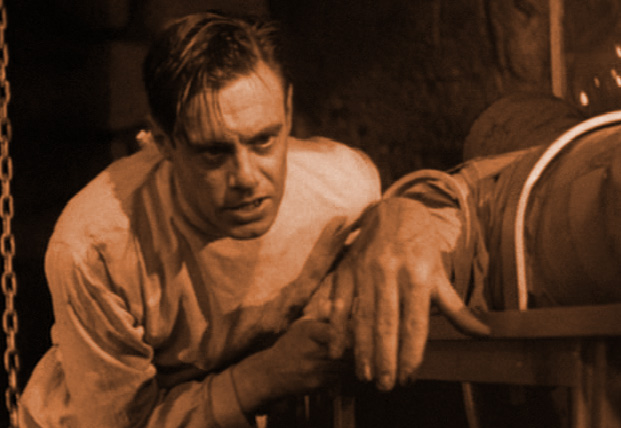 1. At the climax, the Monster carries Dr. Frankenstein up the mountain side and through the mill. At the insistence of James Whale, Boris Karloff actually carried Colin     Clive in these shots, which were filmed for hours over several days. Karloff badly injured his back and back problems continued to plague Karloff throughout the r       remainder of his life.

2. Bela Lugosi was offered the role of the monster, but refused on the grounds that his character would not speak. Lugosi also insisted on creating his own makeup     for the Monster, but his design was rejected

4. The Monster does not physically resemble Mary Shelley’s character. It was make-up artist Jack P. Pierce who came up with innovations such as the Monster’s flat        head, the bolts through the neck, the droopy eyelids, and the poorly-fitted suit.

5. Boris Karloff often referred to the Frankenstein Monster as “the dear old boy.”

6. The casting of the monster was the most difficult aspect of the casting process. James Whale happened to spot Boris Karloff in the Universal commissary and           passed him a note offering a screen-test.

7. After bringing the monster to life, Dr. Frankenstein uttered the famous line, “Now I know what it’s like to be God!” The movie was originally released with this line     of dialogue, but when it was re-released in the late ’30s, censors demanded it be removed on the grounds that it was blasphemy.

8. A 20-minute test reel, starring Bela Lugosi as the monster and directed by Robert Florey, was filmed on the Dracula sets.

9. Ken Strickfaden, who created all the electrical effects for the movie, also doubled for Boris Karloff during the sequences that showed the million volt sparks playing     over his body. The same machines were later used in Young Frankenstein.

10. Boris Karloff was considered such an anonymous actor by Universal that he was not invited to the premiere.