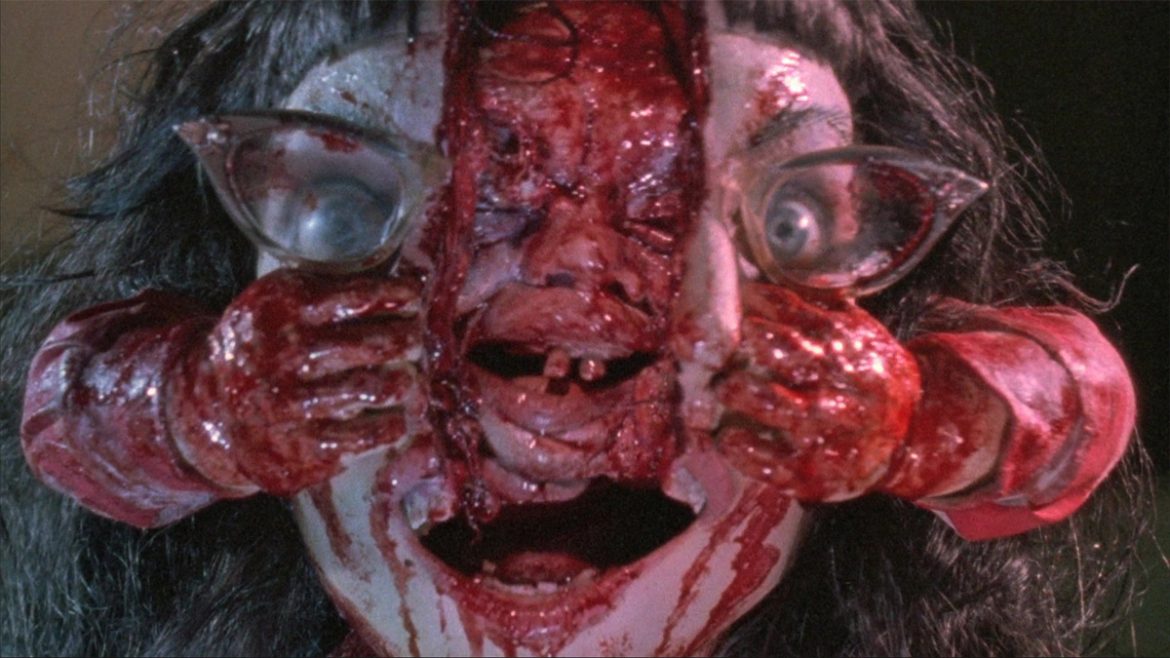 Ten Things You Might Not Know about … Dead Alive!

1. The Spanish title of the film (“Tu madre se ha comido a mi perro”) translates to “Your mother ate my dog”

2. Famous Monsters of Filmland founder Forrest J Ackerman plays the tourist at the zoo who takes a photo of Lionel’s mother squishing the rat monkey’s head with her shoe.

3. The song played on the organ as the mourners wait to enter the church is “Sodomy” from Peter Jackson’s previous film Meet the Feebles.

4. Peter Jackson is a well-known aficionado of the original 1933 version of King Kong. In the beginning of Dead Alive, the New Zealand Zoo official steals the rat monkey from     Skull Island. Jackson would ‘return’ to Skull Island for his 2005 remake of King Kong.

6. The tarot cards in the film are from Aleister Crowley’s Thoth deck.

7. During the lawnmower scene, movie blood was pumped at five gallons per second.

8. On its initial release in New Zealand, the movie earned more per screen than Batman Returns

9. The movie is said to be the bloodiest of all time (measured in amount of film blood used during the production)