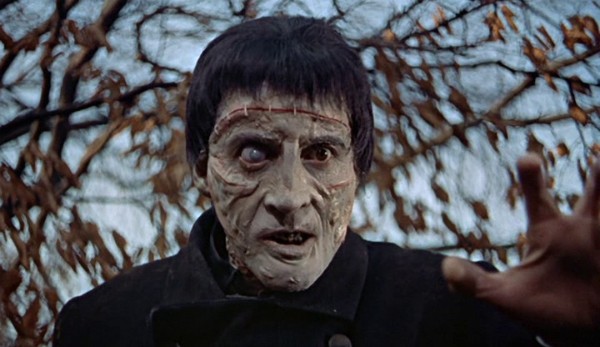 Ten Things You Might Not Know About … Christopher Lee!

10. Turned down Donald Pleasence’s role as Dr. Sam Loomis in Halloween. He later remarked that this was his biggest mistake.

9. Vincent Price and Christopher Lee were born on the same day (27th May) and Peter Cushing was born on the 26th.

8. Was one of the judges for the 1995 Miss World beauty pageant.

7. Appears on the cover of Paul McCartney’s album “Band on the Run”.

6. Was originally offered the role of Grand Moff Tarkin in Star Wars. He turned down the role which eventually went to his good friend Peter Cushing.

5. Was offered the role of King Balor in Hellboy II: The Golden Army, but had to turn it down due to other commitments.

4. In his first meeting with Peter Cushing during production of The Curse of Frankenstein,  Lee stormed into a dressing room where Cushing was sitting and angrily yelled “I haven’t got any lines!” Cushing replied, “You’re lucky; I’ve read the script.”.

3. He appeared in a total of 24 films with his close friend Peter Cushing

2. In Horror of Dracula, Lee had to drop a woman into a grave, but when he carried her, she was unexpectedly heavy and in trying to drop her into the grave, Lee also fell in with her.

1.  In his role as the title character, The Mummy,  Lee got severely injured in the course of the filming. Smashing through real glass windows and doors had dislocated his shoulder and pulled his neck muscles, especially when he had to carry an actress with arms fully extended across a swamp, which damaged his shoulders considerably.