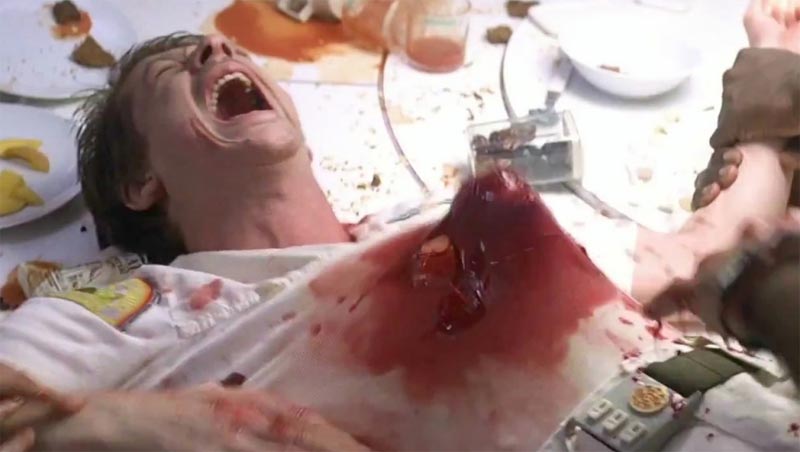 1. For the chestburster sequence, John Hurt stuck his head, shoulders and arms through a hole in the mess table, linking up with a mechanical torso that was             packed with compressed air and animal guts.

2. Ridley Scott originally wanted a much darker ending. He planned on having the alien bite off Ripley’s head in the escape shuttle, sit in her chair, and then start         speaking with her voice in a message to Earth

7. For the awakening from hypersleep segment, Veronica Cartwright and Sigourney Weaver had to wear white surgical tape over their nipples so as not to offend         certain countries

8. H.R. Giger’s design for the Chestburster was based on Francis Bacon’s Three Studies for Figures at the Base of a Crucifixion

9. Yaphet Kotto actually picked fights with Bolaji Badejo (who played the Alien), in order to help his onscreen hatred of the creature

10. The dead facehugger that Ash autopsies was made using shellfish, four oysters, and a sheep kidney to recreate the internal organs