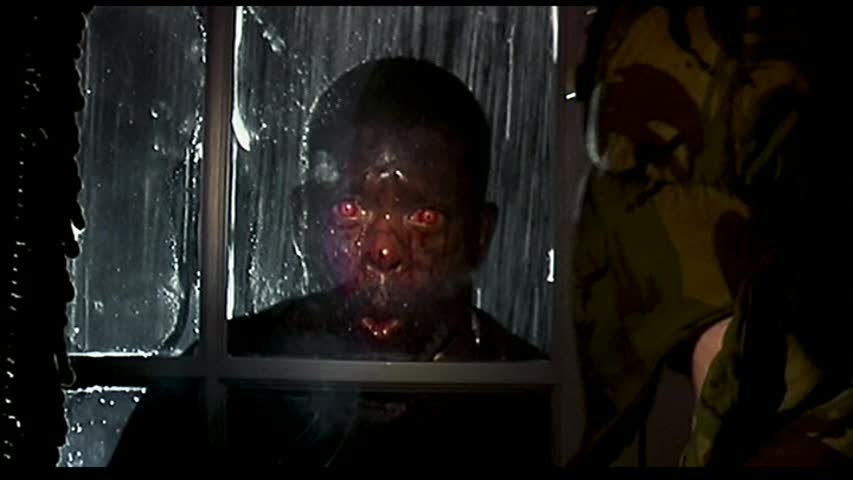 Ten Things You Might Not Know About … 28 Days Later!

1. The execution pit scene was filmed outside a church off Witherington Road. One of the props teams didn’t pick up the fake bodies after filming. A local hairdresser saw           them from the road, panicked, crashed her car, and phoned the police, who came to investigate and interrogate the crew

3. The design for the symptoms of “Rage” was based on Ebola, which is communicable in all primates (including humans), and is transmitted through the blood.

4. Athletes were cast as the “Infected” because of how important physicality is to them.

5. Christopher Eccleston and the other soldiers in the film did a three-day training program with real soldiers to help them learn how to carry themselves believably.

6. Ewan McGregor was the original choice to play Jim. After that didn’t work out, the role was offered to Ryan Gosling, who had a scheduling conflict.

7. Stephen King bought out an entire showing of the film in New York City.

8. For the London scenes, police would close the roads at 4am, and filming would begin immediately

9. The scene where Jim and Selena celebrate with Frank and Hannah was shot on September 11, 2001. Danny Boyle said it felt extremely strange to shoot a celebratory             scene on that particular day.

10. While filming the mansion scenes, the crew spent a lot of time at the Wooden Spoon in Wiltshire. They liked it so much that they gave the pub one of the dead bodies             from the execution pile.