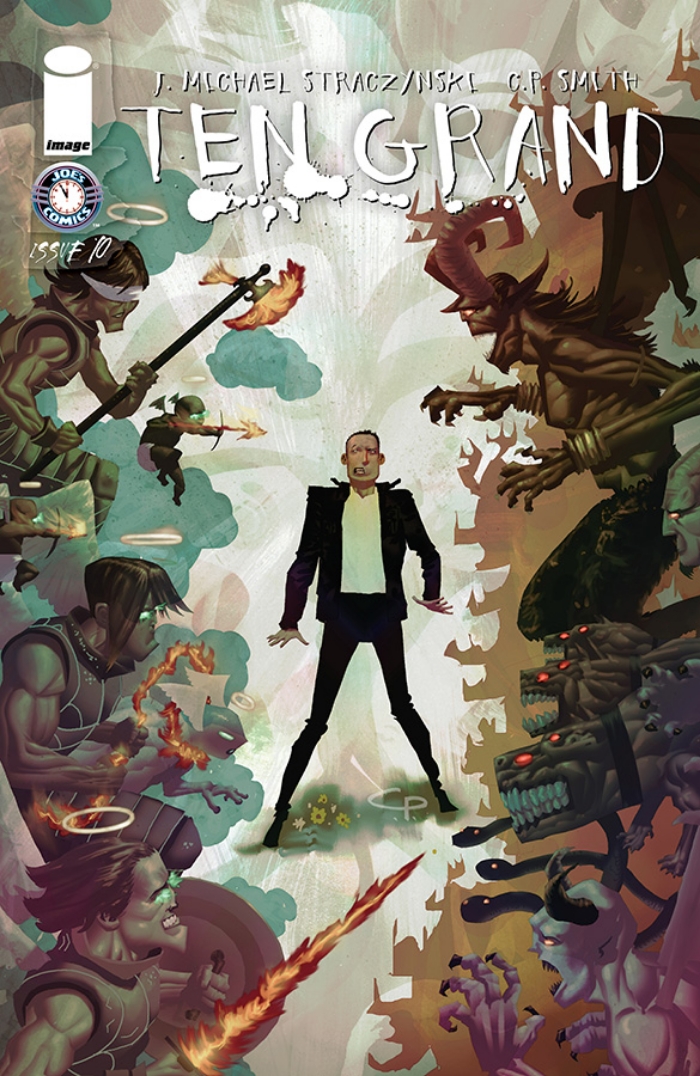 Joe has penetrated into the depths of Hell to save Laura, the woman he loves more than life itself, from a horrific fate beyond description. He’s learned the Enemy’s plans to bring down Heaven. They think he’s cornered, trapped, neutralized. They’re wrong, and by the end of this issue, the ultimate war between heaven and hell will begin…with Joe Fitzgerald right at the center of the biggest fight since the dawn of Creation.