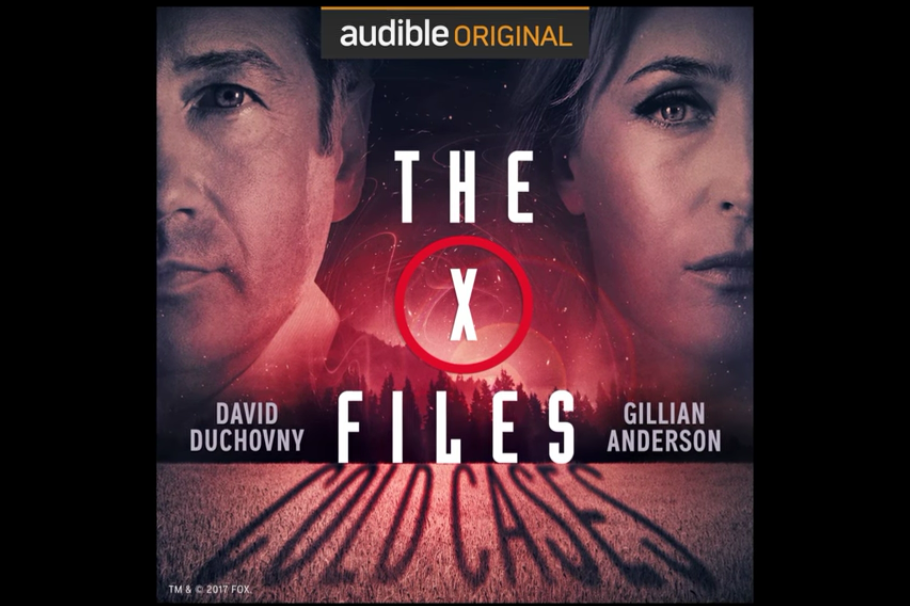 Some fans will surely be thrilled to see some of their favorite faces in the clip, even if they’ll have to imagine them when listening to the final product! No worries, though, Fox remains committed to creating more episodes of The X-Files for their more visual fans out there; and we’ll be sure to deliver the scoop on that project as soon as it becomes available!

Here is an official synopsis for Cold Cases, provided by Audible:

“Set after the events of The X-Files: I Want to Believe and providing additional backstory to the incidents that pulled Mulder and Scully out of reclusion prior to 2016’s miniseries revival, a database breach at FBI headquarters allows an unknown group to access and capitalize on those investigations left unsolved – dubbed cold cases – by the secret department once known as The X-Files. As friends and foes of the agency long thought gone begin to inexplicably reappear, former agents Mulder and Scully come out of anonymity to face a growing conspiracy that involves not only their former department but the US government and forces not of this world.”

The X-Files: Cold Cases will launch exclusively on Audible on July 18th, 2017. Stay tuned to Horror News Network for more information on Cold Cases and other The X-Files projects as it breaks!