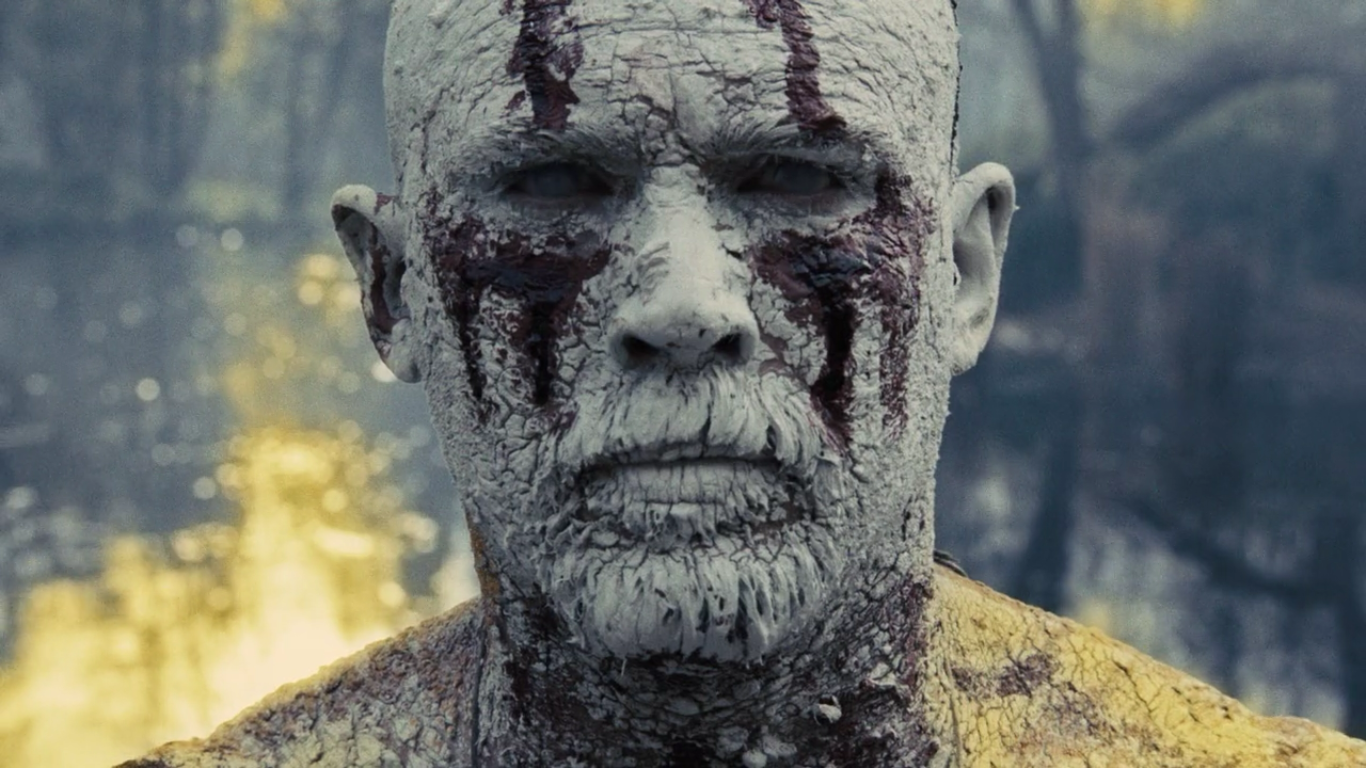 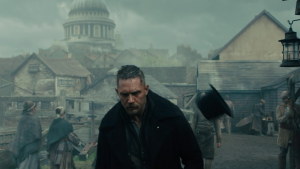 Season One of FX’s Taboo ended just as explosively as Tom Hardy promised, tying up many of the storylines of the season and establishing a clear and definitive transition to the themes and events of Season Two. The final two episodes of the season continue the quality of storytelling established early on in this series while adding prolonged battle scenes which ramp up the intensity of the show and increase the scope of the events. Tom Hardy is clearly the star of the show, but its ensemble cast is able to shine through several major scenes which wrap up the season. 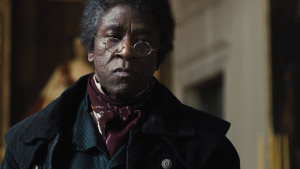 One recurring element of the series is the abnormally high pain tolerance of Hardy’s James Keziah Delaney. This is played to an almost comical note over the course of Episodes 7 and 8. Taboo has never shied away from graphic imagery, but the torture of Delaney could have pushed things over the top had each horrifying technique not been meet with Delaney simply muttering the name, “Stuart Strange,” continuing his negotiations when he has no more bargaining chips save for his ability to endure. At another time, Lucian Msamati’s George Chichester considers rescheduling a meeting with Delaney that is already in progress because he is concerned that Delaney is under the influence. His response: “Oh no, no. There’s no use. I am always like this.” This subtle humor helps the viewer to cope with the dark themes of the show and connect with Delaney, a man whose actions and history is supposedly so dark that we couldn’t possibly be rooting for him otherwise. Hardy’s delivery of these moments expertly walks the line of serious drama, and his brand of comedic relief is sometimes so subtle may hardly be recognized at first glance. 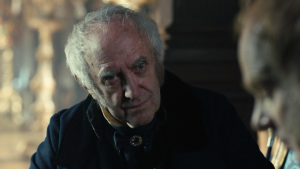 Jonathan Pryce’s Sir Stuart Strange is consistently excellent throughout the season. A lesser antagonist character would not be able to match Hardy’s level of intensity and charisma, and the show would fall flat. While Pryce’s acting technique and the character he’s playing couldn’t be more different than Delaney’s on the surface, he brings a different kind of intensity to the table that makes him a worthy foe. Both Delaney and Strange are complex schemers at their cores, and both act primarily out of self-interest. It’s no surprise they end up working together for a brief period of time. The new location for Season Two, however, means that Strange’s part in this tale is over. 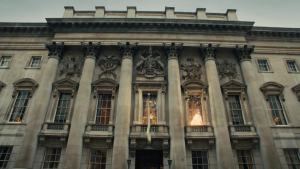 I spent my previous reviews marveling over the beauty of the establishing shots in the show, and I was thrilled to see an establishing shot literally explode with action towards the very end, signifying the probable end of Sir Strange. After eight episodes of such static displays of architectural and natural beauty, the exterior of the East India Company sprang to life in a way in which these shots had never done so before. The rest of the show continues to be a feast for the eyes. Colors continue to pop against the dreary drab of the industrial locations of London. It would have been easy to make Taboo visually dark to match the themes of the show, and what sets it apart from other series is the filmmakers’ decision to highlight the beauty of nature and civilization against the abhorrent actions of the show’s characters. 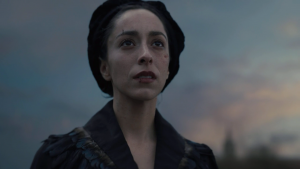 One element of the season which disappointed me is the story arch of Oona Chaplin’s Zilpha Geary. Chaplin is arguably the second biggest performer on the show, and I wish she was given more screen time. Zilpha is such an interesting and subtly sophisticated character that it was sad to see her designated to such few scenes, and the conclusion of her story arch is disappointing. Early on she is largely presented as an equal to Delaney. When she takes matters into her own hands to end her husband’s abuse once and for all, I truly felt that she would emerge as a main focal point for the show going forward. Delaney’s rejection of Zilpha felt abrupt and unusual, and it was disappointing that the show re-designated her to the role of the tragic victim. With all of the dream-like elements of the show, it’s certainly possible that Chaplin can return; but the events of Episode 8 firmly establish her as a tragic motivation for Delaney rather than an equal individual who can hold her own. Jessie Buckley’s Lorna Bow is another strong female character in the show whose fate is in question by the end of the season. With the more conclusive exit of Zilpha, it is integral that the show continue to develop and maintain Lorna as a character who can exist on her own without needing to be saved by Delaney. 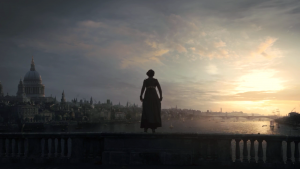 So, what’s next? Delaney himself says to David Hayman’s Brace that he is leaving the world of his father and entering the world of his mother. America will mean different things to the different characters on Delaney’s ship. He promises his followers a new world free of judgment, but could he possibly deliver on this promise? The show has clearly established that the bureaucrats of the American colonies are just as scheming and manipulative as their British counterparts. And Delaney’s land is still strongly desired by both governments, so literally anything is possible next season. The dramatic shift in locations between seasons will certainly keep the series looking fresh, while allowing for many possibilities in new additions to the cast next season. The major influence of indigenous people on Delaney has been clearly established throughout the season, and the new setting will allow the potential for a direct Native American presence on the show when he enters the colonies. This could certainly flesh out some of the major secrets of Delaney’s past which have not yet been revealed.

Season One of Taboo has been a blast. FX has effectively offered viewers eight full hours of strong storytelling, and an expert performance by Tom Hardy that’s usually reserved for the silver screen.  The filmmaking of Taboo always feels like something bigger than what could usually be offered on basic cable, and it largely succeeds in its ambitious storytelling goals. Television doesn’t get much better than this. Stay tuned to Horror News Network for news on Season Two of Taboo as it breaks, and for reviews and analyses of Season Two as soon as it airs!