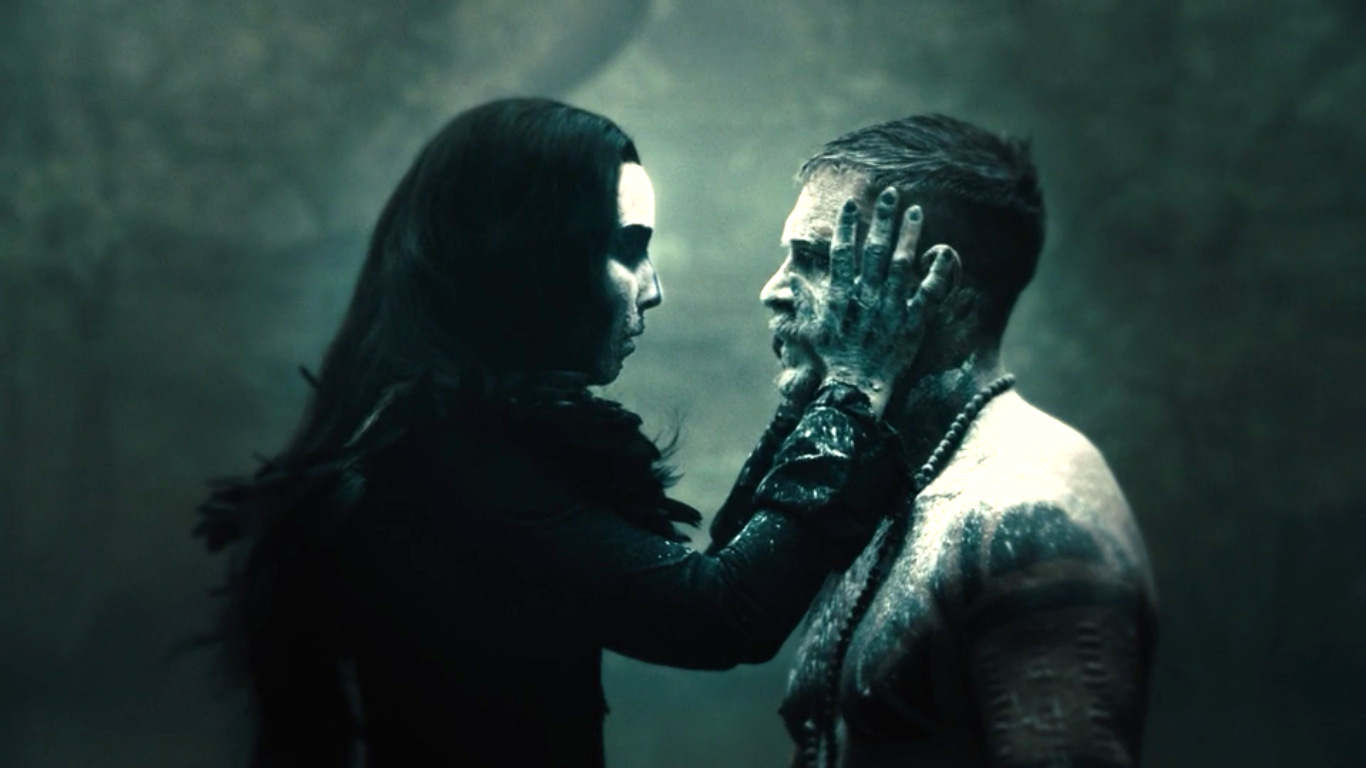 Three-quarters of the way through its season, FX’s Taboo is firing on all cylinders, offering some of the most engaging storytelling around… on cable television or otherwise. The filmmakers and actors are consistently delivering a visually appealing and intelligently satisfying experience that is exponentially increasing in intensity as it reaches its conclusion. 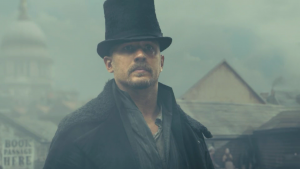 Early on in the series, Tom Hardy’s James Keziah Delaney shocked us, frightened us, made us laugh, and ultimately made us care about him. As the odds increase, we can’t help but cheer for his intelligence and/or savagery that gets him out of various dangerous situations. What’s interesting about his progression is that while the rumors swirl more and more about him (pretty much everyone refers to him as the Devil at this point), the viewer is able to see more and more of the human side of him. For example, in Episode 6, even Delaney’s close associate Atticus (Stephen Graham) loosely calls out Delaney’s connections to the occult; ,meanwhile, the viewer is solely aware of Delaney’s internal struggle over his connection to his mother and its supernatural implications. His sensitive side is not revealed to any other character… not to his sister, not to his son, not to anyone but the viewer. In fact, his son’s curiosity only leads to Delaney taking a more hardened approach towards him.

Delaney is portrayed in such a way that we’re okay with him cutting off thumbs and murdering his enemies left and right. But when he goes back on his commitment to those he cares about, we can’t help but feel slighted. The show opened with Delaney wishing for his son to lead a safe and civilian lifestyle. It’s difficult to determine why he’s so easily willing to give this up as soon as the pressure mounts. There’s an interesting dichotomy to the fact that Delaney’s father supposedly destroyed his wife to protect his son, and now Delaney himself seems to be destroying a part of his son only to protect himself.

Oona Chaplin’s Zilpha Geary is a consistently engaging character. We watch her dramatically transform from victim to murderer over the course of these two episodes. Chaplin does a fantastic job of portraying both Zilpha’s insecurities and her strife. Between a supposed “exorcism” and the constant abuse of her husband, we can only watch her take so much before we almost approve of her exploring any potential way out of the situation. By the end of Episode 6, it’s becoming clear that Zilpha’s supernatural connection may go beyond Delaney himself, and I personally hope to see her have a larger presence on the show now that her story arch has led her closer to Delaney. 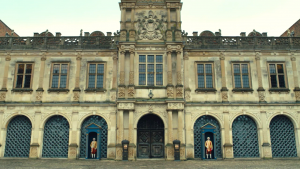 Between the engaging score and the unbelievable locations and cinematography, the production values of Taboo are consistently excellent. The score of the show has a unique presence of its own. Recurring themes are brooding and haunting. The best way I can describe it is that the music of Taboo is in the key of a big budget summer action movie that has been corrupted by tones typically found in horror scores. It most certainly leads to a simultaneously epic and dreadful atmosphere.

There’s basically no need for 4K video and High Dynamic Range when you’ve got the kind of cinematography that can be found in Taboo. When Zilpha takes bloody revenge, the scene is so dark we can barely make our her haunting presence, save for the almost-glowing pupils of her wide and vengeful eyes. Many scenes occur in nearly total darkness, yet the viewer is able to capture all of the detail and feeling of each moment. The show plays with shadows and shades of darkness in an expert manner. Even more impressive are it’s daytime scenes. Whether it be an ultra crisp shot of a dreary seaport, or a high resolution pan over an incredible historic building of England, the filmmakers of Taboo capture the scenery in a way that almost feels too real to be possible. For such a dark show, it’s use of colors is impeccable. Character’s bright clothing and elements of nature sometimes pop against the masonry of the city. Each shot is carefully set up to frame the action with artistic purpose. This is a kind of show where the cinematography sometimes causes the viewer to be pulled out of the story for a moment to take in the beauty of an establishing shot. It’s simply pure eye candy, even when at its most vicious. 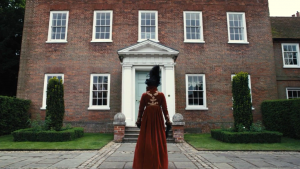 With just two hours left in the season, Taboo has a lot of explaining to do. Delaney is certainly at his lowest point yet by the end of Episode 6, and it’s clear that he’s headed for a literal war with the British Empire. Meanwhile, his internal conflict over his literal and figurative demons is at an all-time high. All I know is, whatever happens, I’ll be watching with baited breath!

Stay tuned to Horror News Network for more coverage of Taboo, as well as a review and analysis of Episodes 7 & 8 two weeks from today.