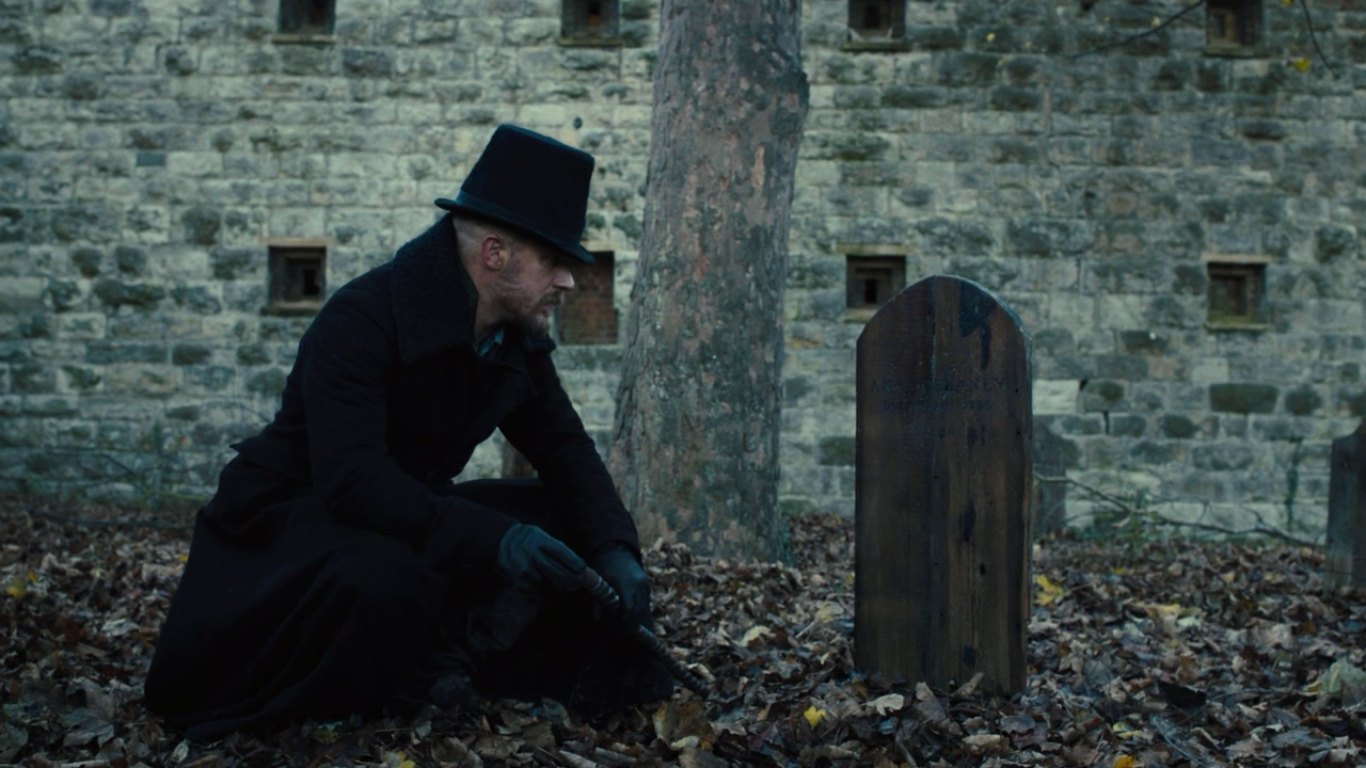 Tom Hardy promised viewers that FX’s Taboo would be a slow burner with an explosive ending. While Episodes Three and Four make it clearer to viewers what kind of show this is going to be, the series remains shrouded in mystery halfway through its season. However, just as James Delaney’s visions are becoming more and more clear, the layers are slowly being pealed back on the show’s characters. In the meantime viewers are left with a strong, genre defying, thought provoking example of modern television storytelling. 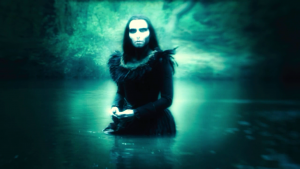 The early promotional materials for the series strongly suggested that Taboo would grapple with a variety of horror-related concepts. While this is certainly true of the first half of the show’s episodes, it wouldn’t be right to call it a horror show. It has much more in common with the early seasons of the brooding period crime drama Boardwalk Empire than American Horror Story. The show remains committed to exploring its characters and its themes above all, so it ventures into the drama, romance, suspense, and action genres when the story calls for it. Naturally, the way the show also explores cultural taboos also lends itself to presenting horror concepts. I have the feeling this will intensify as the story progresses. There have been some heavy hints about Delaney’s “uncivilized actions” in Africa, and as time progresses the viewer is seeing more and more of these traits manifest in present times. His spiritual connection to his dead mother has yielded a clear supernatural presence that has only become more intense. 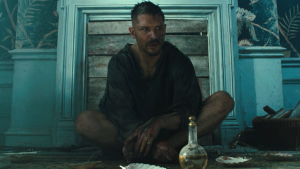 I could write every review of Taboo episodes focusing entirely on Hardy’s performance and go on for pages without discussing the supporting characters. He is simply that magnetic as an actor! Somehow, Tom Hardy manages to create a character who is funny, scary, intimidating, vulnerable… sometimes all of these things in the same scene! Fans of his work will find nothing new here, but a show that lasts one hour per episode after commercials lends Hardy much more time to display his nuanced craft. Delaney is so engaging because he is a monster and a gentleman. We probably shouldn’t be so invested in watching him defy the odds, but his charisma is contagious. As he gets in deeper and deeper with the American colonies and the British powers that be, we can’t help but root for him. His physical battles become more and more grisly, while his legal strategies become more and more savvy. 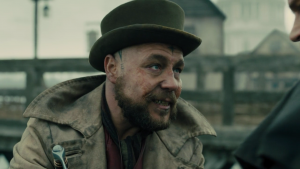 In Taboo, Hardy surrounds himself with an incredible supporting cast. Stephen Graham never disappoints as Atticus, Delaney’s resourceful henchman-for-hire, and member of the newly coined “League of the Damned.” Jason Watkins’ Solomon Coop, a viscous man serving the British government, is a particularly interesting new addition to the show. It is surprising to see such conflict between the government and the East India Company, but these are very greedy and very selfish men whom the show portrays, and the world of Taboo is certainly “dog eat dog.” The lack of morals of all of these characters who act as antagonists on the show make it all the more easier for the viewer to develop a vested interest in Delaney, because at least his actions are inspired by some kind of internal moral code. It is simply a pleasure to watch all of these fine actors interact with one another. The contents of the show’s scripts allow for such interesting exchanges throughout both episodes. 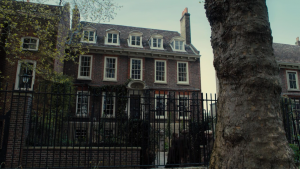 Taboo is a period piece at heart, and there’s nothing more jarring than a show set in a different time that doesn’t feel like it’s actually happening at that time. The actors have an important responsibility to help create that illusion, but it’s up to the set designs and locations to really bring everything together. Taboo‘s interiors are usually dark and filthy, living and breathing underneath a permanent layer of dust and ash. Inside of the government buildings, it’s a different story: the layers of filth are replaced by layers of decadence and wealth without conscience. Outside locations are simply a thing of beauty. The filmmakers have chosen such beautiful buildings and walkways to flesh out this long forgotten world in such a way that we vividly feel like we’re a part of it. For every run-down building we see, we are also treated to some form of architectural perfection. This diverse scenery and attention to detail make the show a visual treat that pulls the viewer deeper into the world of Taboo.

Even after four full hours, there is much more to be revealed about what kind of show Taboo will ultimately be. It is clearly building towards something big, and Episode Four’s cliffhanger ending is more than enough to keep viewers guessing until next week’s episode. One thing’s for sure: this is a wild and engaging ride that promises to only become more and more bumpy with complex characters and incredible conflicts.

Stay tuned to Horror News Network for more coverage of Taboo, as well as a review and analysis of Episodes 5 & 6 two weeks from today.