The dead just keep coming–and this time Syfy has ’em.

Day of the Dead–the 10-episode series inspired by the classic 1985 George A. Romero film of the same name–will debut Oct. 15 (of course, in plenty of time for you-know-what) on Syfy, as reported by the network. And a striking poster for the show can be seen on this page.

Showrunners and screenwriters Scott Thomas and Jed Elinoff are heading up the series that will follow a group of strangers trying to survive the first 24 hours of an invasion by the undead. “Everybody has a big day,” Thomas said, “not knowing that the dead are also planning a big day…and they’re going to ruin everyone else’s day.”

Thomas added that Romero’s contributions to the genre were a huge influence on this series. “Every time zombies come up, we talk about Romero,” he said. “He established what we know as the modern zombie. Every single zombie movie, TV show or graphic novel owes Romero for his legacy.”

Steven Kostanski–who directed the first four episodes of the series–said the show has a “Red Dawn vibe,” drawing a comparison with the 1984 flick starring Patrick Swayze. Two other directors–Jem Garrard and Jacquie Gould–are also on board.

The Day of the Dead film–written and directed by Romero–was the third movie in Romero’s Night of the Living Dead series. The film–starring Lori Cardille, Terry Alexander and Joseph Pilaro–follows survivors of a zombie apocalypse sheltering in an underground bunker in Florida. The cult favorite grossed $34 million worldwide on a budget of $4 million.

Keep reading Horror News Network for the latest on Syfy’s Day of the Dead. 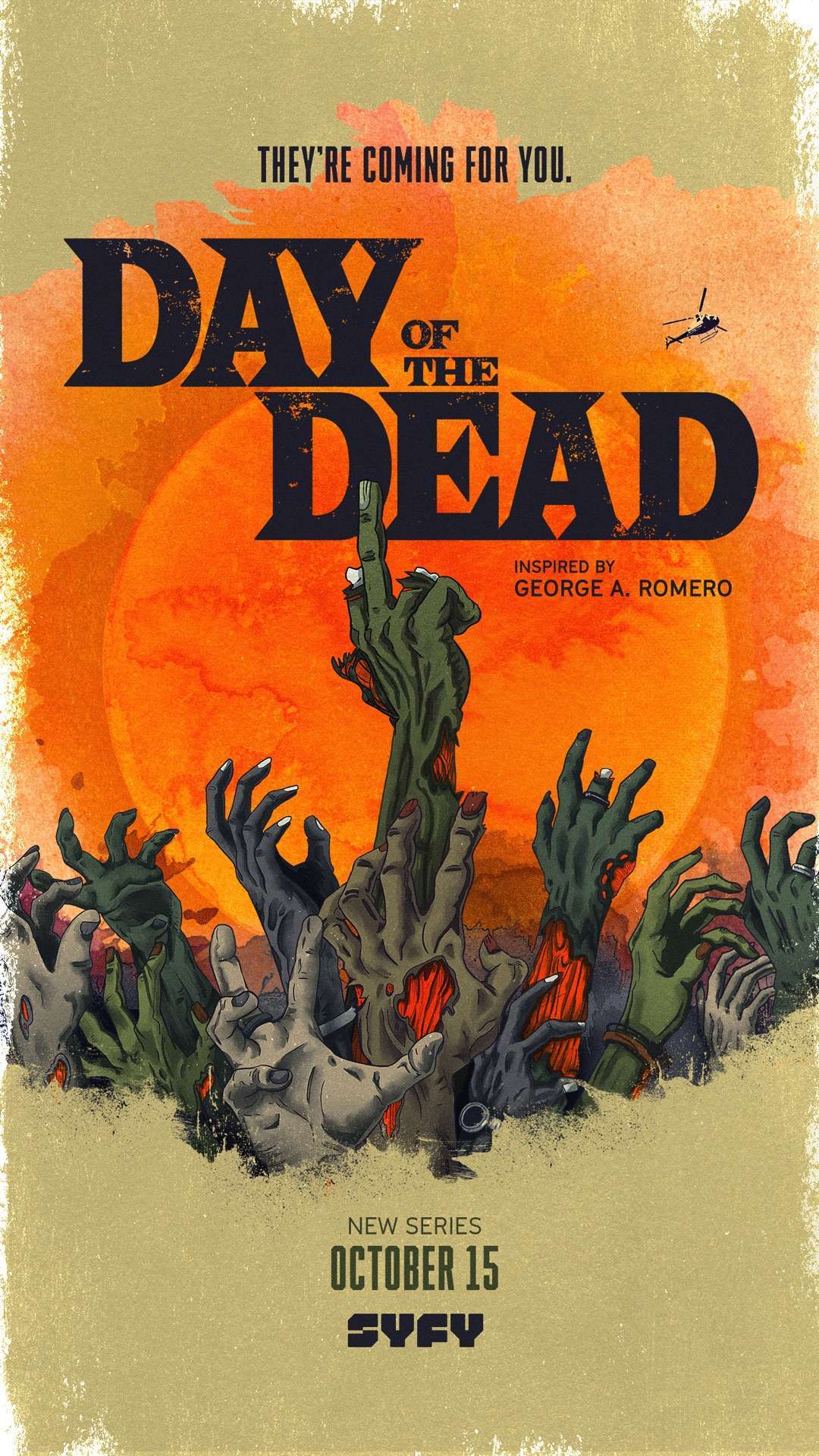