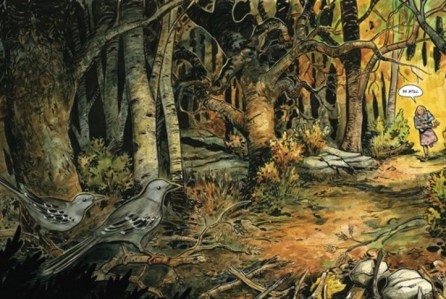 Syfy is developing a drama series based on the Dark Horse’s comic ‘Harrow County’, which is written by Cullen Bunn and illustrated by Tyler Crook.

The comic centers on Emmy, whose home is surrounded by ghosts, goblins, and the restless dead.  Just before her 18th birthday she learns that she is the reincarnation of a powerful witch who was executed the day she was born.  She must now embrace her unique powers in order to survive.

Becky Kirsch, known for her work on ‘Dominion’ and ‘Twelve Monkeys’,  will be writing the adaptation.