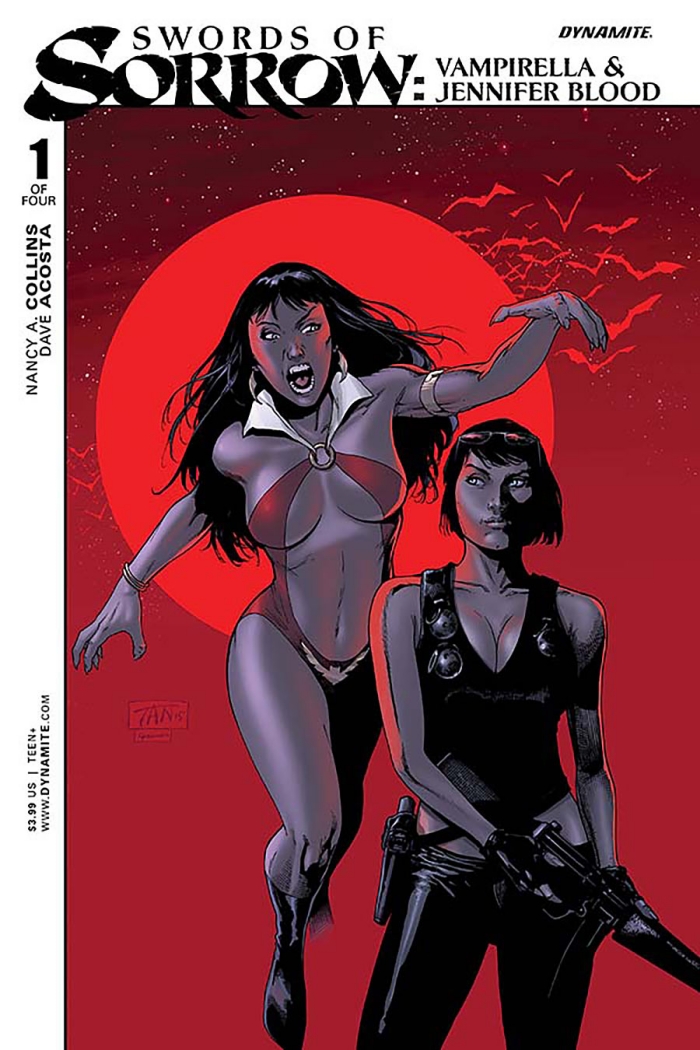 Dynamite Entertainment has provided us a preview of the new Swords of Sorrow: Vampirella/Jennifer Blood comic.

Vampirella travels to Southern California to hunt down a supernatural serial killer known as the Pacifica Slasher, only to find herself transported to an alternate reality where there’s no such things as vampires, demons, and magic. But, as the most dangerous woman in the world, vigilante Jennifer Blood knows, that doesn’t mean monsters don’t exist. Does the weirdly shaped sword presented to her by the mysterious being called The Courier hold the key to returning Vampirella to her own universe? Or will she be forced to live and die in L.A.?

Written by Nancy A. Collins
Art by Dave Acosta
Cover by Billy Tan