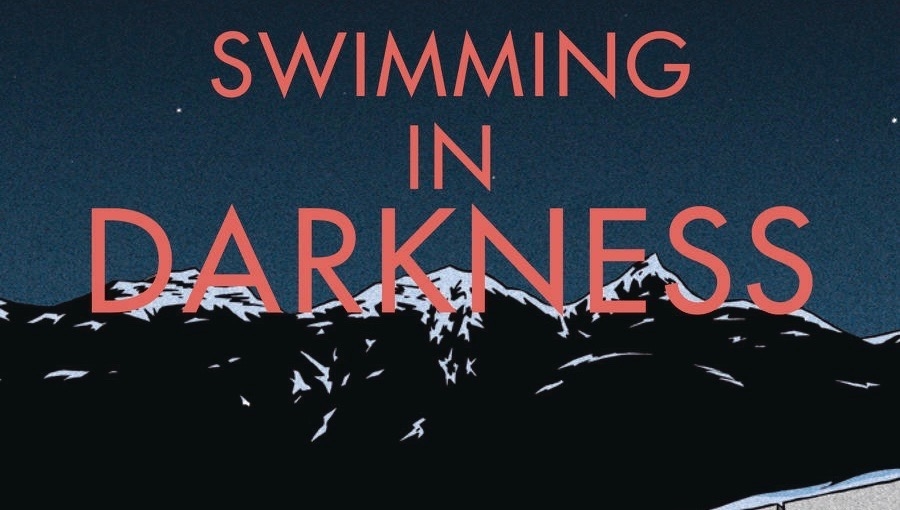 In this exclusive interview with HNN, Harari details the origins of his unique story and distinct art style for what may prove to be an auspicious start for the young artist.

Horror News Network: Where did the idea for Swimming In Darkness come from?

Lucas Harari: My parents are architects, and when I was a child we used to visit buildings during the holidays. I discovered the thermal baths of Vals when I was 13 years old.  It was an aesthetic shock. And this place remained engraved in my memory and became an important work for me.  Just like a book or a movie.  At the end of my art studies, for my degree, I decided to make a comic and I looked for a subject.  I remembered my discovery of the thermal baths and I said to myself, “It’s a perfect setting for a thriller…” That’s how it started….

HNN: Swimming In Darkness is a blend of many genres, including mystery, horror, with a real noir influence. How did you blend so many elements in this work?

Harari: This comes above all from my taste for genre.  I really like detective stories, romances, thrillers, fantastic… And it is natural for me to play with all the codes that are specific to them.  It is also a way of moving the reader forward within a marked narrative to better surprise him.  By integrating new and more original things.  At the beginning of the book, the autobiographical aspect, for example, is a way of deceiving the reader by offering him a certain reading contract.  This really allows me to catch the reader at the moment of the switch to the fantastic.  It’s like a construction game. We stack and check if it holds, if there are any interesting matches…

HNN: Many of your pages are constructed completely without words. Do you find that the visuals tell the story effectively by themselves?

Harari: Yes, I have the impression that it is the strength of drawing in sequential form.  I really like doing this because I have the impression that it plunges the reader into a greater intimacy with the story.  And then sometimes I start with text and remove it because I realize it’s stronger without it. It’s something that people have pointed out to me a lot.  But for me it’s like in real life:  There are many moments when you don’t talk.  So why not in comics? 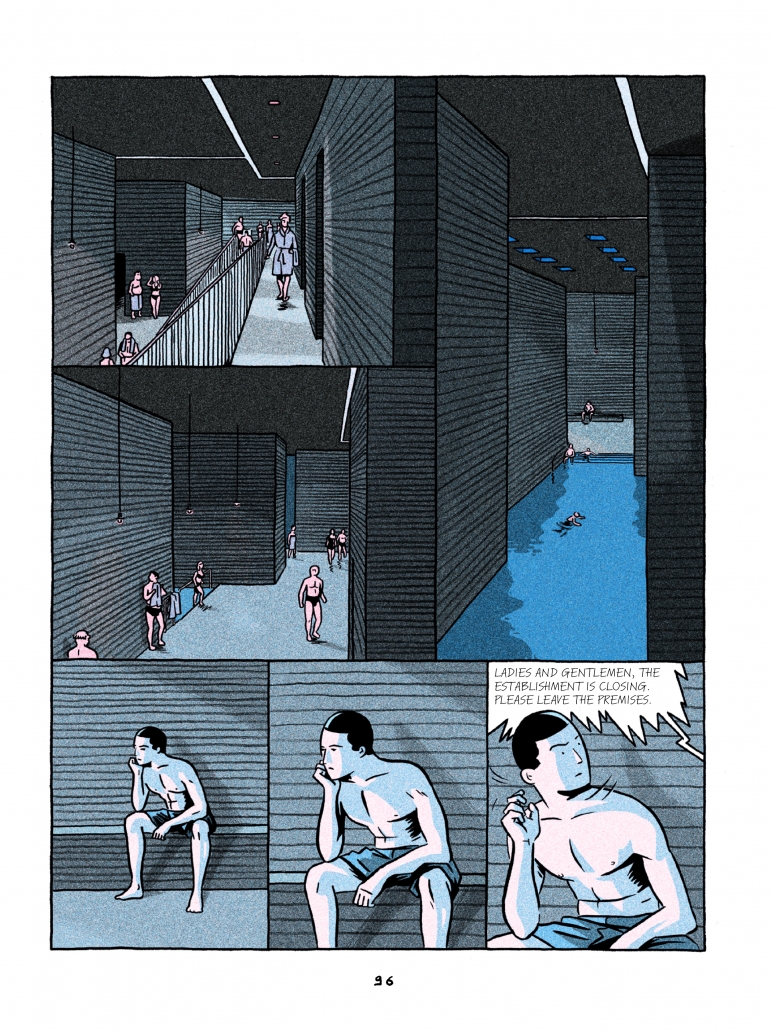 HNN: As the artist and writer, you have complete control of the narrative. Does this make it more difficult or daunting in any way?

Harari: I don’t really know.  At times, it’s complicated to be alone.  It’s important to get a lot of people to read what you’re doing.  Take the temperature. And readjust.  But otherwise, the freedoms are total.  My only constraint is my ability to draw, direct and make people understand and feel what I am saying.  For example, my two older brothers make movies.  They write and direct films.  I realize the complexity of the situation, the technical, financial and human constraints they face.  If I wanted to make a film in the thermal baths of Vals, it would be extremely complicated. While with a pencil, poof…. Hergé sent Tintin to the moon before Neil Amstrong!  This is one of the great pride of cartoonists.

HNN: Pierre is a true “stranger in a strange land” in the story. What influences colored your perception of your main character?

Harari: Pierre, he’s a lot like me. But he’s also an archetype. Again, I use some codes that are already known to everyone.  He is young, silent, psychologically fragile, romantic, and lost.  I am as much affected by all my readings or all the movies I’ve seen as by who I am.  We’re always talking about somewhere.  It’s very complicated to get past that.  I have a lot of respect and admiration for authors who have enough empathy to write characters that don’t look like them.

HNN: Rectangular and square shapes are very important in conveying the story and the motifs. Was it difficult to maintain this structure?

Harari: My drawing is quite geometric by instinct.  And as I like to draw architecture, it works well.  Sometimes for the characters it’s more complicated.  Then I allow myself to step aside towards more cartoon or realistic styles.  But it coexists pretty well, I think. 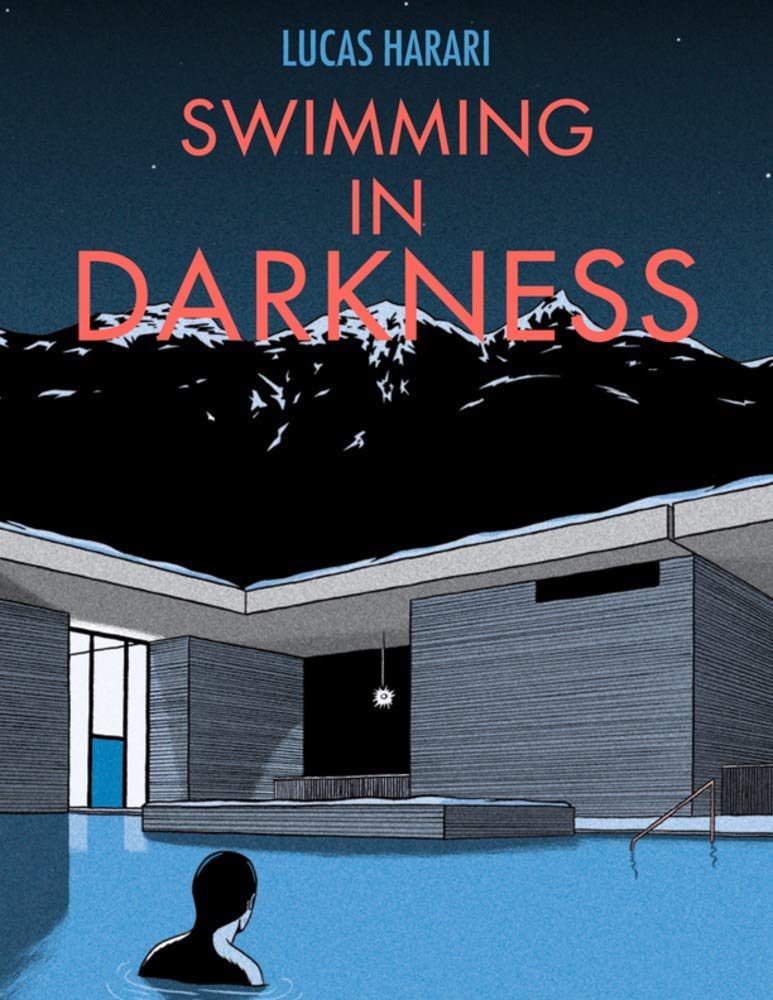