The Protector of the Green is getting another shot at comic book life.

Swamp Thing–the popular DC Comics elemental man-monster–was last seen in the four-color world in a 2016 six-issue series by writer Len Wein and artist Kelley Jones. But, this week, DC announced that a brand-new Swamp Thing No. 1 will debut in March 2021, as reported by cbr.com.

This new series will take place after the DC Future event–a two-month, line-wide happening that starts next month. This Swamp Thing comic–reportedly set in our far future–will “bring a new perspective to the elemental creature as the new ruler of Earth.”

The new Swamp Thing series will be written by Ram V and illustrated by Mike Perkins, with colors by Mike Spicer and letters by Aditya Bidikar (check out the dynamic cover of the premiere issue on this page).

Ram V took to Twitter to let fans in on the good news. “The word is out,” he posted. “I’m writing a new Swamp Thing series (at DC Comics) in 2021. An absolute pleasure to say Swamp Thing No. 1 drops in March, hot on the heels of Future State. Come follow us into the green.”

This is a good time to be a Swamp Thing fan. In addition to the new comic book series, the big green guy is enjoying a resurrection of sorts with a TV series currently on The CW. The show’s next episode–Long Walk Home–will air this coming Tuesday, Dec. 8 at 8 p.m. (ET). In this episode–directed by E.L. Katz and written by Doris Egan–Swamp Thing rescues an injured man who–upon recovering–vows to return to help him find a cure for his bizarre condition.

The Swamp Thing character has deep roots (pun definitely intended) in the DC Universe. Created by Len Wein and Bernie Wrightson, Swamp Thing first appeared in the horror anthology House of Secrets No. 92 (July 1971) and was granted his own title the following year. The character built a huge fan base in the 1980s, earning numerous industry awards along the way.

Keep reading Horror News Network for all updates on Swamp Thing in the pages of DC Comics and on the small screen. 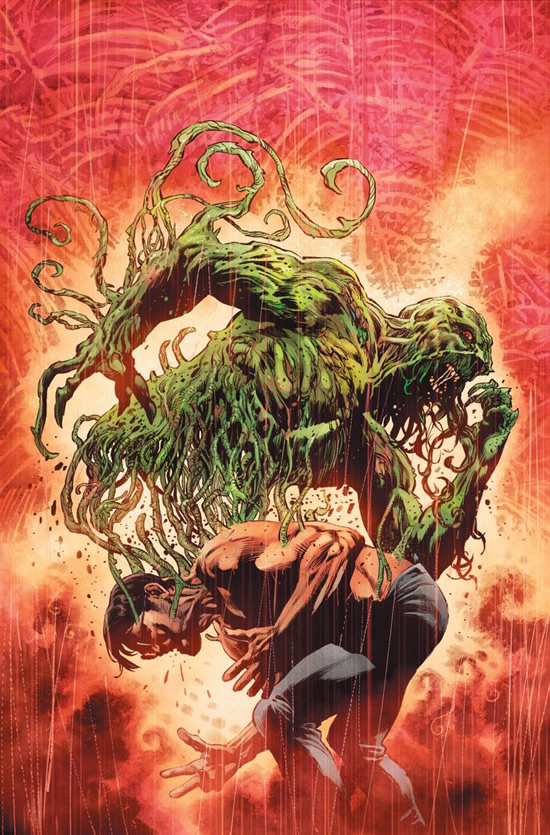