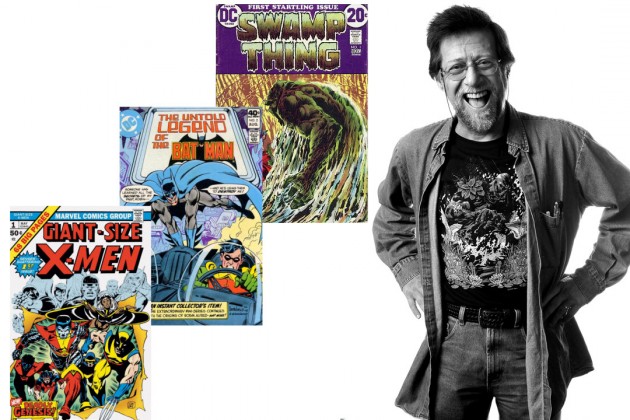 We have sad news to report today as comic book legend, Len Wein has passed away.

Wein is known and loved by horror fans for teaming with Bernie Wrightson to create Swamp Thing. The character first made his debut in the July 1971 issue of The House of Secrets No. 92. The following year Swamp Thing was given his own title with Wein and Wrightson leading the charge. Since that time, the character has been a staple in the DC Universe, often appearing in major storylines next to heavy hitters like Superman and Batman.

In addition to the DC Comics horror anthology The House of Secrets, Wein also wrote Marvel’s Tower of Shadows and Chamber of Darkness.  Other titles that Wein worked on include: X-Men, Batman, Justice League of America, The Incredible Hulk, Thor, Giant Size X-Men, and Green Lantern.

The proficient writer has collected numerous awards throughout his career including an Inkpot Award in 1977, a Comic Buyer’s Guide Fan Award in 1982, and was inducted into the Will Eisner Comic Book Hall of Fame in 2008.

We here at Horror News Network extended our deepest condolences to his friends and family.