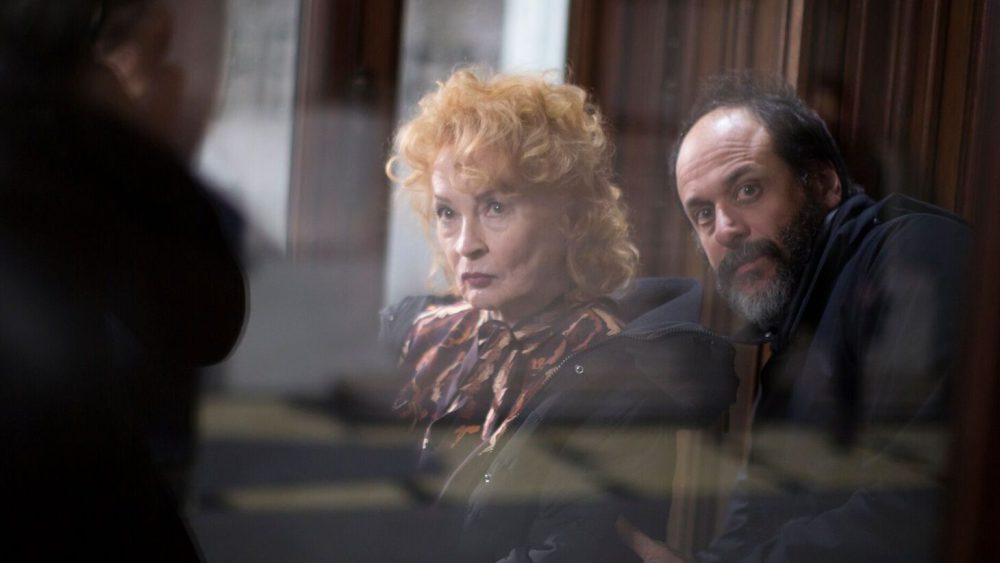 Deadline recently conducted an in-depth interview with Suspiria director Luca Guadagnino, and as always, he was very forthcoming with his answers about the sure to be misunderstood remake.

The director of the academy award winning film Call Me By Your Name, recalled seeing “…the poster for Dario’s movie when I was 11 in 1982. I saw the film two years later. It made an incredible impression on me. The idea of trying to transfer the explosive emotion I felt into a new movie began almost immediately.  Dario’s movie is evocative of so many things including of motherhood. It’s the story of a group of women united by an obscure agenda. There is something that I couldn’t stop thinking about. For all the violence of Dario’s movies they are also beautiful fairy-tales. There is something alluring about it for a young person.”

Guadagnino also responded to some of the concerns about the explicit and disturbing content of his new film, and the shoot itself, by stating that “Honestly, I don’t think the shoot was traumatic. It’s a complicated movie because of its set-pieces but every day was a joy to work with such a skilled team. The problem for Dakota (Johnson) was that it’s an intense storyline and it’s an intense performance.”

And although the director is well aware of the current climate concerning the portrayal of women on screen, he made sure to point out that “The majority of the cast are women. My relationship with my performers is a mutual co-operation. I’m not there to puppet anyone. It’s a tango. I have no anxiety about portraying violence. We were creating together. The violence in the movie is not gratuitously acted on the female identity, it is a little more layered and complex than that I hope…We weren’t thinking about female empowerment in that way. We just did it as a matter of course. It’s problematic when something becomes a topic that you have to address. It’s more important to be in the right mind-set without having to think about it.”

Most surprisingly, Guadagnino revealed that the original intention was to title the film Suspiria: Part One, indicating the potential for a sequel, “…but we didn’t want to give the impression of something that couldn’t stand alone.”  It seems like the director has been thinking about both a prequel and a sequel to Suspiria (if the first film is profitable enough at the box office to warrant them) stating that he would like to “…explore the origin of Madame Blanc and Helena Marcus and also the future of Suzy Bannion in the world. So maybe.”  The director also heavily hinted that Tilda Swinton would be on board, saying that he “… plot(s) adventures with Tilda on a daily basis.”

Suspiria will debut at the 75th Venice International Film Festival on September 1, 2018. It will then be released in Los Angeles and New York on October 26, 2018, before going national on November 2, 2018.  Be sure to come back to Horror News Network for a full review and our Annual Fall Horror Movie Preview this week.