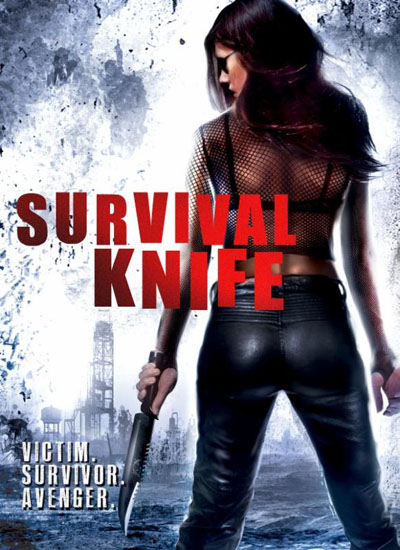 New York, NY – Wild Eye Releasing has armed revenge horror fans with Survival Knife’s new key art and trailer.  Arriving on DVD and VOD in January, Survival Knife follows the sole survivor of a killing spree as she attempts to rebuild herself following the deaths of her friends.  But what she becomes may be deadlier than what she survived.

The lone survivor of a serial killer’s attack tries to cope with the death of her friends and her mutilation at the hands of the maniac – but she fears the trauma has awakened a dark side within her as she slowly becomes something possibly even worse than the man who scarred her forever.

The DVD release of Survival Knife will be available in late January 2016.