Lock up your children.

Piper–described as a dark and contemporary twist on the Pied Piper of Hamelin tale–will be shopped at the American Film Market by VMI Worldwide, according to The Hollywood Reporter. Check out the first-look image from the film on this page. 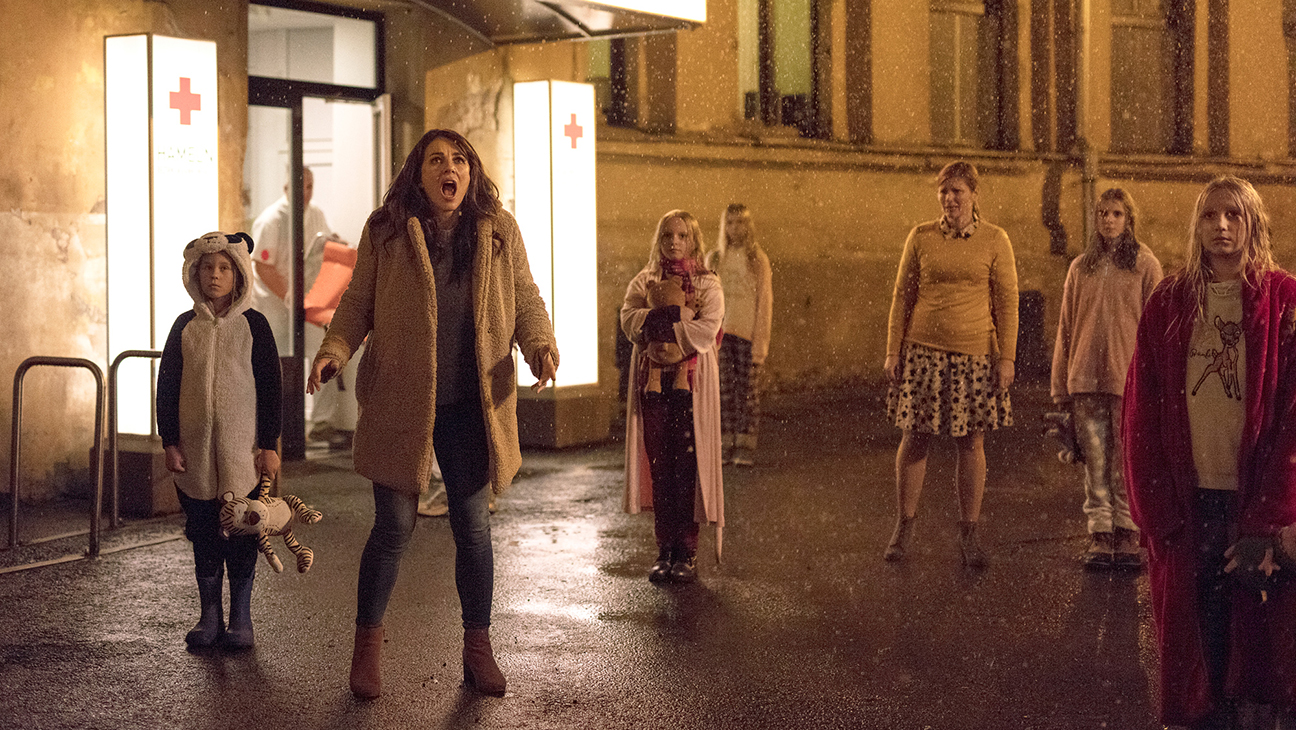 The movie–written and directed by Anthony Waller (Mute Witness) from a story by Duncan Kennedy–tells of a “vindictive, restless spirit that seeks out those who have gotten away with a crime and punishes them by stealing their children,” according to the synopsis.

Piper follows Liz (Elizabeth Hurley), who moves to a quaint German town with her daughter Amy (Mia Jenkins), “but ends up in the Piper’s crosshairs when it’s revealed she’s hiding a dark secret from her past that puts Amy’s life in jeopardy.”

The girl’s only hope comes when she falls for a mysterious street magician named Luca. The question is: Can he save her from the Piper’s clutches?