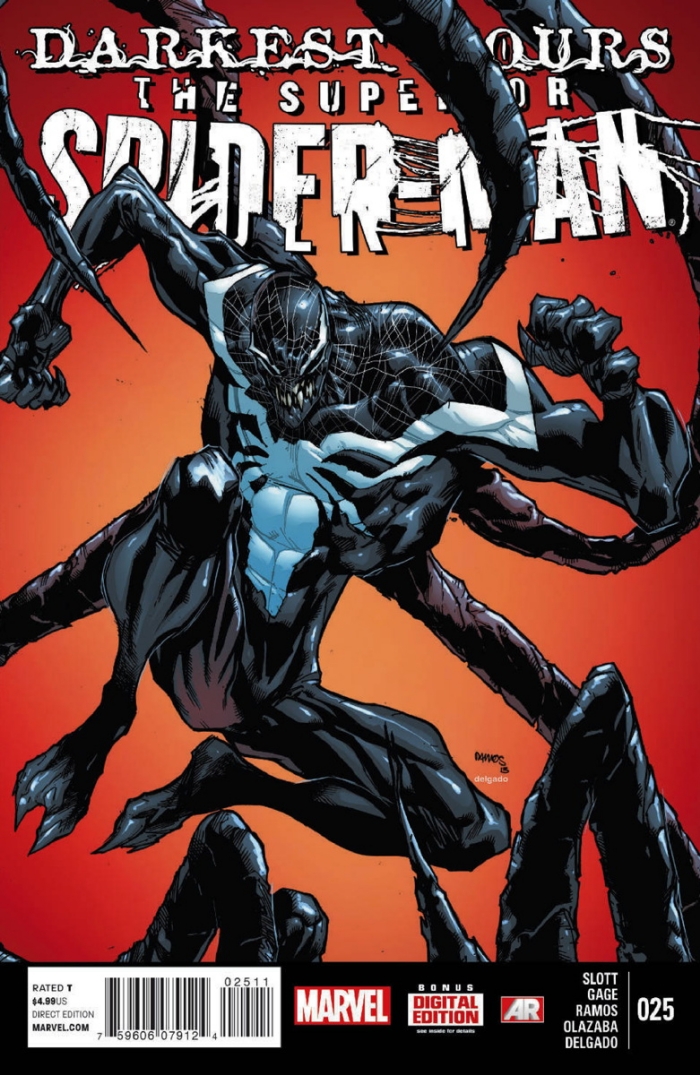 Marvel Comics has provided us a preview of the new Superior Spider-Man comic.

Otto Octavius, the Superior Spider-Man, in a life-or-death struggle against the original Superior Venom! Plus: With one last goblin on his side, the Goblin King’s court is now complete! Guest starring: The Avengers!