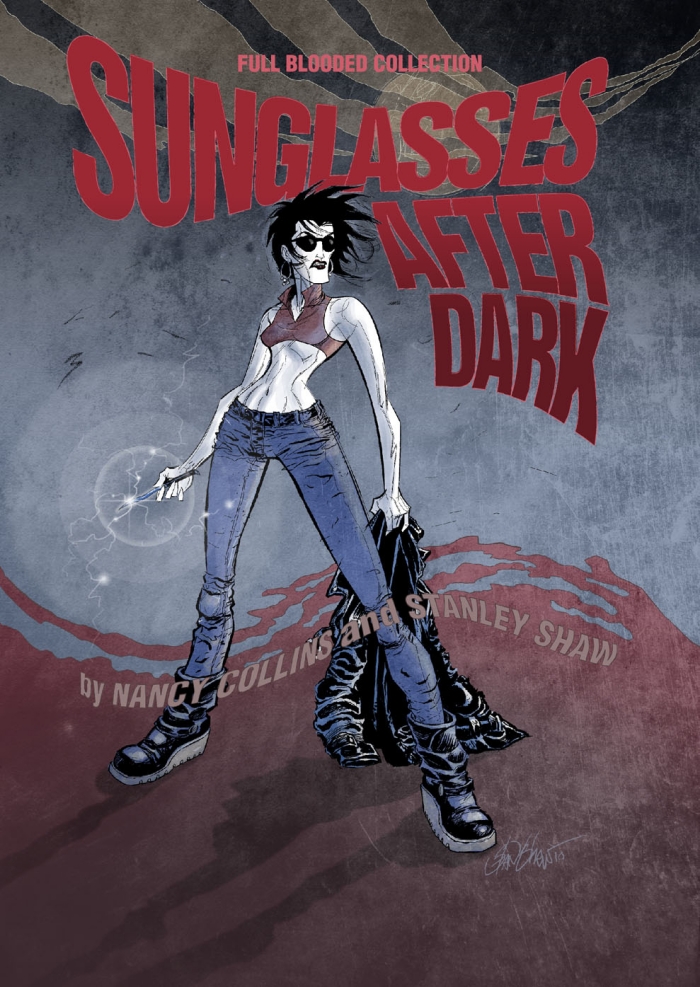 Sunglasses After Dark in November

A 212-page hardcover collection of the 1989 mini-series by Nancy A. Collins and Stan Shaw and is digitally re-colored by Shaw, completely re-lettered by Thomas Mauer, and features re-tweaked dialog and narration by Collins herself.

The story begins in a madhouse and goes on to reveal the mystery behind the disappearance of a nightclubbing heiress and her transformation into a tough-as-nails punk vampire/vampire-slayer. Sonja Blue is a ‘living’ vampire who still possesses a soul, and is determined to fight for what remains of her humanity, while still seeking bloody revenge against the vampire who attacked her. But as dangerous as hunting down vampires may be, it is nothing compared to her greatest foe: The Other — the demonic alter ego with which she is locked in constant battle for the body they both share.