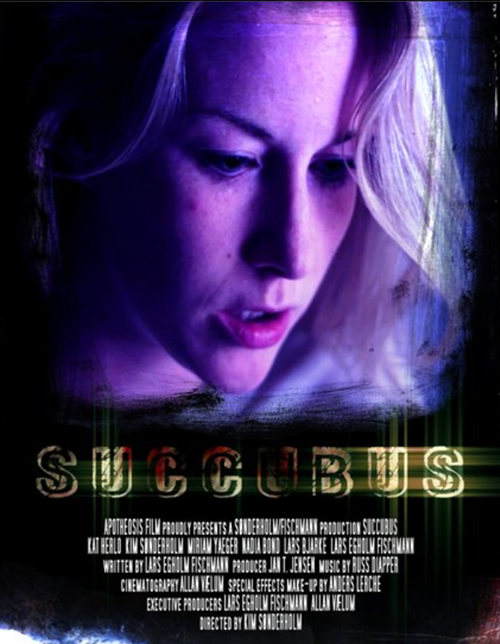 Short film “Succubus” has run it’s course over a large number of film festivals worldwide and is now available for free viewing, courtesy of the filmsite “Ekko’s Shortlist”.

“Succubus” is directed by actor Kim Sønderholm, written by Lars Egholm Fischmann, produced by Jan T. Jensen with cinematography by Allan Vælum. The movie is decided to the cinematographer who regretfully died very sudden only two weeks after completing the photography of the film. The score is by UK filmmaker Rusty Apper while the awesome creature make-up is by Anders Lerche under his company Far Out Effects. Lerche had just finished his work on “”Harry Potter and the Deathly Hallows” before completing this assignment.

Check it out at http://www.ekkofilm.dk/shortlist/film/succubus-/