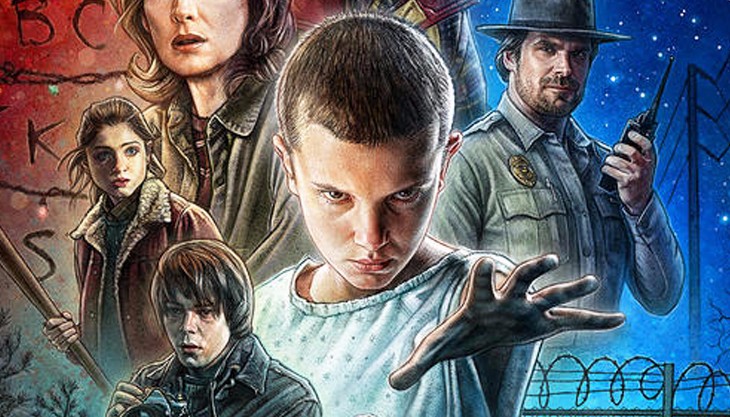 Last week we reported that Legendary Pictures’ sequel to their Godzilla film would be directed by horror favorite Michael Dougherty. The news dropped after he had been writing the project over the past couple of months with his longtime collaborator, Zach Shields. The good news continues with today’s announcement that Stranger Things’ Millie Bobby Brown will star in the film! The official title for the movie is Godzilla: King of Monsters.

Brown has had an exceptional year with her breakout role as Eleven on the show. This new announcement comes after her receiving both People’s Choice and Screen Actors Guild Award nomination for her work in Stranger Things. Given her critical and popular success at such a young age, her starring role in this hotly anticipated sequel will only heighten her to new levels of stardom.

Another thing that makes this announcement so exciting is the fact that Dougherty has an excellent track record in working with child actors. In both Trick ‘r Treat and Krampus, Dougherty wrote and directed children in a way that was both endearing and believable.

Stay tuned to Horror News Network for more information on Godzilla: King of Monsters as it breaks.