Fans of the hit Netflix series Stranger Things will have to wait until next year to dive into Season 4–but if the various hints and the teaser dropped this week are any indication, they should buckle up for a wild ride in 2022.

Netflix released a short (but intense) video tease to announce the (sometime in) 2022 premiere of the fourth season, as reported on Deadline, a tease that gives glimpses of the first three seasons and a peek into the fourth. Check it out on this page.

Production on the season is reportedly close to wrapping, with the opening episode entitled Chapter One: The Hellfire Club. And David Harbour–who plays Hawkins Police Chief Jim Hopper–will be a big part of it, in spite of his apparent death in the Season 3 finale. Previous teasers have shown Hopper is alive, but imprisoned in a Russian labor camp.

Harbour said he is very excited about the new season, calling it “my favorite season. I just love it. The scripts always get better. I feel it’s a big, beautiful season.”

The show–led by creators and showrunners Matt and Ross Duffer and executive producers Shawn Levy and Dan Cohen–follows the residents of Hawkins, Ind. in the 1980s as they deal with the supernatural threats of the alternate dimension known as The Upside Down. The series has already garnered 39 Primetime Emmy Award nominations, winning six.

Keep reading Horror News Network for the latest on Season 4 of Stranger Things on Netflix. 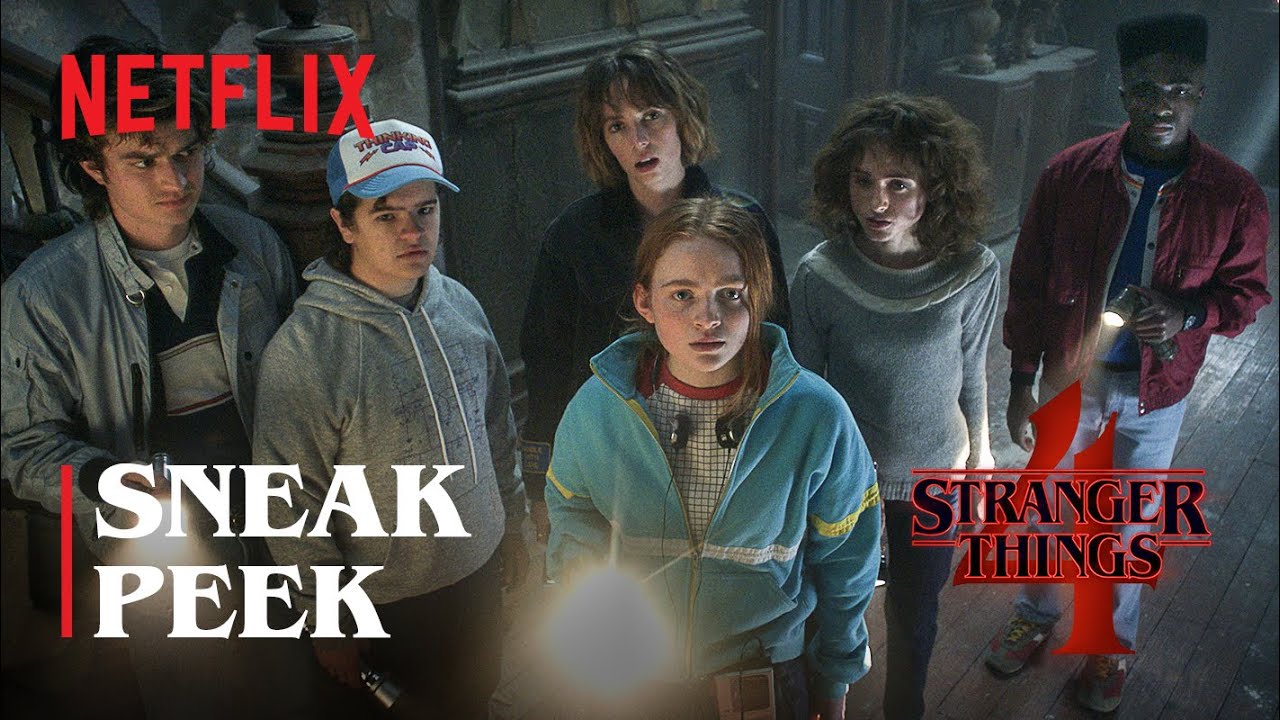