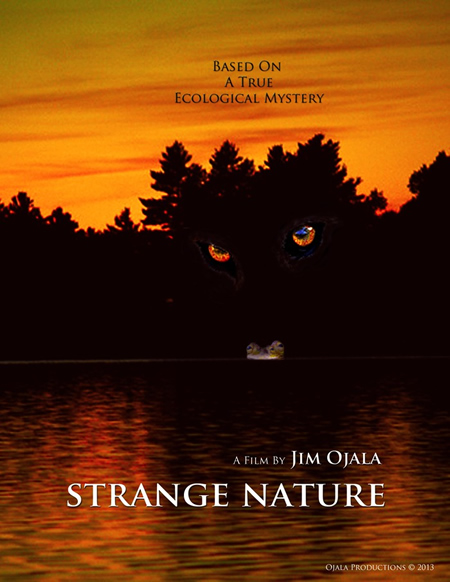 We received word today on a KickStarter project called Strange Nature, an eco thriller exposing the real unsolved frog deformity outbreaks in the U.S. and the dangerous places they may lead.

Based on a true unsolved ecological mystery. The script concerns a struggling yet forceful single mother and her shy son as they start their lives over. By moving in with her estranged hermit father in the backwoods of a small town, Kim and Brody find themselves in the middle of this horrendous phenomenon where deadly offspring mutations spread from animals to humans.

You can learn more about the film here: